In my dream life, breakfast is a leisurely, relaxed affair. In my real life, it is rather different. There is tea (half-drunk), the paper (unread) and porridge, but the rest of the experience involves UN-level negotiations involving the Small Girl. We have gotten past Milk and Watergate (the tipping over of milk or water onto the floor), but that doesn’t mean there aren’t a million more ways to drive Mummy mad before 8am. 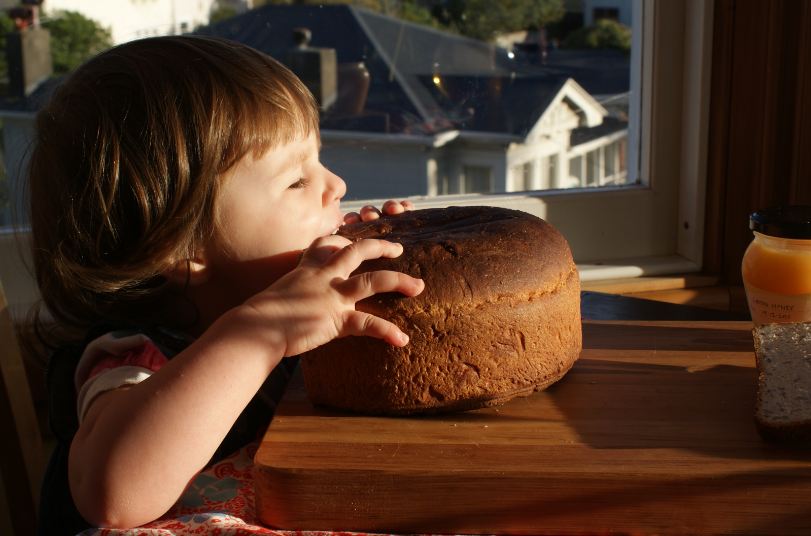 She occasionally turns up her nose at porridge, but her love of any kind of toast is still all-abiding. I loved Holly’s post about making an adventurous walnut loaf that her toddler son liked and decided to try a variation. Holly’s original recipe is here – mine makes a bigger loaf (because we are greedy) and uses honey and sunflower seeds (because the Boy Wonder cannot abide walnuts). Oh well, at least he’s good at sitting down to eat his breakfast. 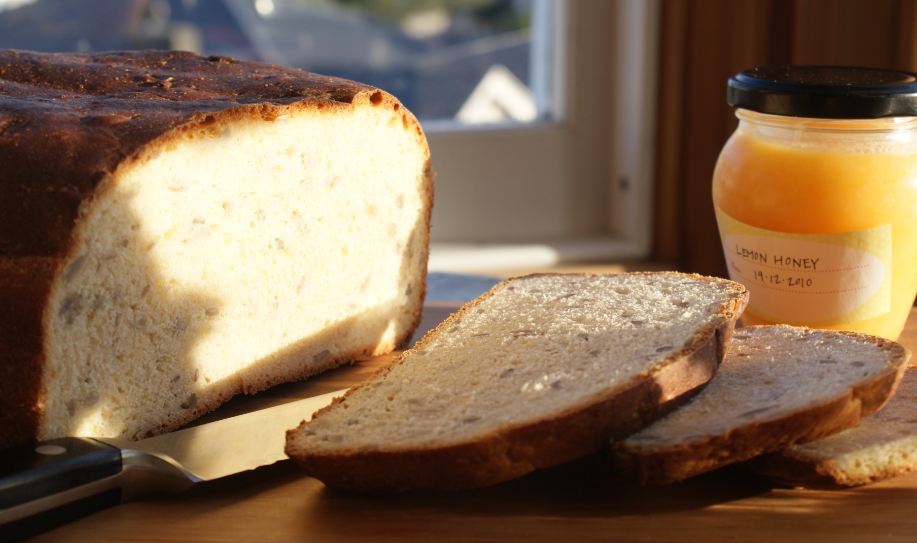 Sunflower Honey Bread
This makes absolutely incredible toast, the sort you should linger over with a pot of tea and the weekend papers or a shiny new magazine. I think any leftovers would make superlative bread and butter pudding, but we never seem to have any left over…

Heat the milk until blood heat, then pour into a large jug. Wash out the pot, the use it to melt the butter. Let bubble away until brown and foamy, then pour into the jug with the milk. Add the water and honey. Stir well, then let cool until it’s comfortably lukewarm. Sprinkle the yeast on top and let sit for a couple of minutes.
Tip this into the bowl of a mixer with a dough hook (or just a large bowl) and add half the flour. Stir well to mix, then add the rest of the flour and the salt. Turn the mixer on and let it run at low speed for about five minutes, until it’s smooth and elastic-y. Turn it out of the bowl and knead in the sunflower seeds, then grease the bowl and put the dough back in. Cover the bowl with plastic and leave in a warm place until doubled (about an hour or so).
Turn the dough out onto the bench, and flatten out gently, then fold in each side to make a puffy lump. Form this into a round and put into a greased 24cm cake tin. Cover again with plastic and leave to rise again for about 45 minutes, or until doubled. Bake at 230C for about 30 minutes, then carefully turn out of the tin and put back in the oven, bottom side up, for another five minutes. Let cool before slicing if you can.