Aunty Shirley makes the best madeira cake I’ve ever had. I prised the recipe off her several years ago and thought I must have written it down wrong, for it never turned out as light and orangey and altogether wonderful as hers. So last year I invited myself to her house for a masterclass and discovered I’d been doing it all wrong. Shirley, who is actually the Boy Wonder’s great aunt, beats the living daylights out of her cake. If it was a dog she’d be arrested. As it is, her cake is so good it should probably be illegal. It’s taken me until recently to get up the courage to try again. I channelled Shirley’s ‘take no prisoners’ attitude and let the beaters do their work. 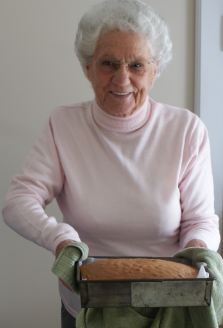 Aunty Shirley’s Orange Madeira Cake
Actually, it turns out this isn’t Shirley’s cake at all, but the recipe of one Mrs E G A Mason. I love these old cookbooks with tried and trusted recipes from home kitchens – I suppose blogs have replaced them. This particular book also had recipes for ‘Darkies’, which probably ARE illegal now (and rightly so). Shirley bakes this in an extendable square tin but I make mine in a 24cm round one. She also ices it with an orange butter icing, but it’s almost as good left plain. Just remember to beat it soundly – Shirley uses electric handbeaters, I used my freestanding mixer – and all will be well. 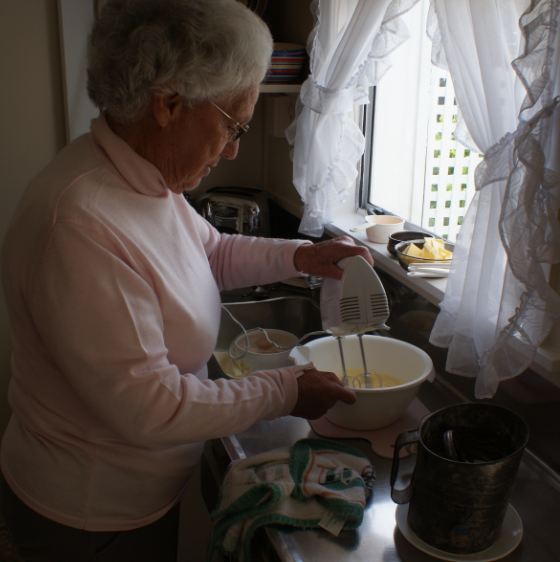 Preheat the oven to 180C and grease and line a 23cm tin.
Beat the eggs and sugar until pale and thick (about five minutes), then add orange juice and zest, flour, milk and melted butter. Beat again for a couple of minutes (“you need to get air into the mixture,” says Shirley). Add the baking powder and beat again for about a minute. Pour into the tin and bake for 45-60 minutes. Cool, turn out of the tin and ice with orange butter icing. 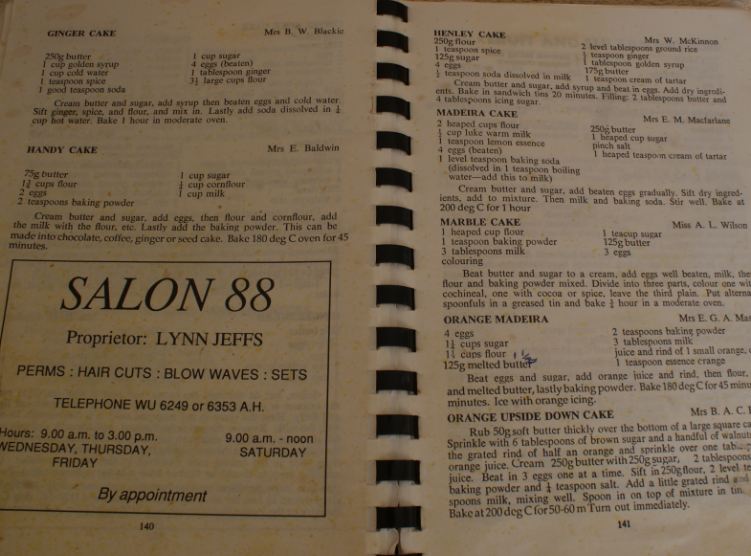 Have a sweet, sweet Friday everyone. I’m going to spend the weekend planning The Kitchenmaid’s first birthday party…