We Should Cocoa, the sweet little blogging event brought into the world by Chele and Choclette, is one this month. Hasn’t it grown? I feel particularly attached to WSC, in the manner of a doting aunt, because it was the first blogging challenge I felt brave enough to enter. This blog baby has been just like the real thing, causing late nights (unable to sleep after eating too many chocolate caramel bars), tears (my jeans don’t fit – was it that last slice of chocolate roulade?) and moments of triumph (beautifying chocolate honey tea). Mostly though, just like a real baby, it’s been a way to discover lots of other likeminded souls. So thank you, Chele and Choclette, I can’t wait to see how your baby grows from here. 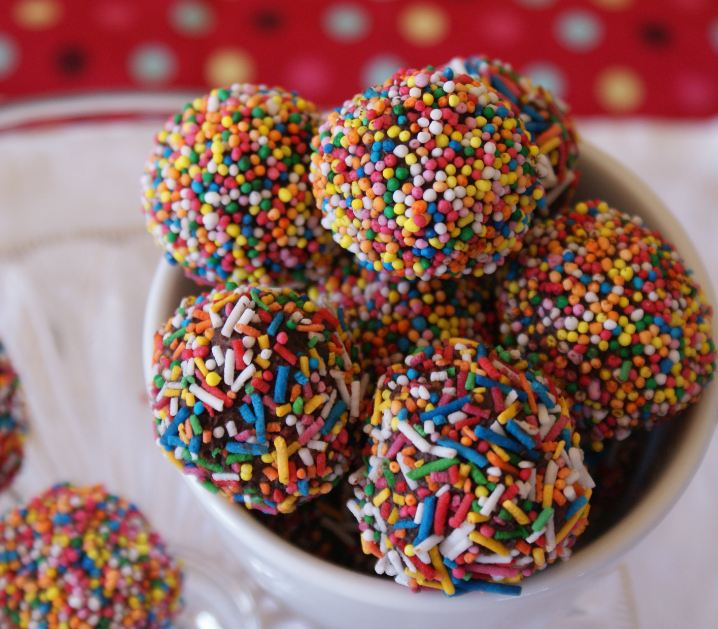 Boozy Chocolate Truffles
The theme of this month’s WSC challenge is to make something suitable for a first birthday. As luck would have it, I went to a first birthday party last weekend and made up a batch of these decadent truffles for the parents of twins Alex and Will. These are strictly adults only – I boxed them up and called them ‘Parenting Pills: Take one and lie down when suffering from symptoms of extreme parenting’. The twins’ mum, who must be the most calm person I know, later emailed that she had upped the dose to three. I think that’s testimony to their addictive nature.

Put the chocolate, butter, cream and rum into a heatproof bowl and put into a low oven – or over a saucepan of simmering water, or in a microwave – and melt, stirring occasionally. The oven method is really easy, as long as you don’t forget it’s there.
Let cool for a minute or two, then stir in the egg yolk until well mixed. Let cool for 10 minutes, then chill in the fridge until set (about an hour).
Roll teaspoonfuls of the mixture into balls – this is a sticky job, don’t even think about answering the phone etc while you’re doing it – then roll in the hundreds and thousands. You can use sifted cocoa instead for a chic-er look, but the coloured sprinkles are very cheerful and make a nice textural contrast. Keep in the fridge until serving.

Have a sweet, sweet Friday everyone x