Do you realise there are just 54 more making and baking days ’til Christmas? Quick, reach for the smelling salts! 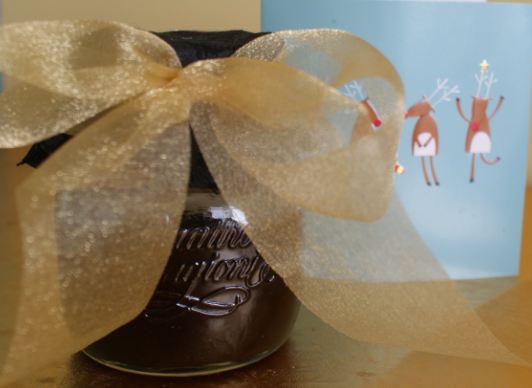 I’m in a bit of a quandary about when to start my Christmas activities this year, partly due to our imminent house move on December 1. On one hand, I would love to move into our new house and think, ‘a-ha, thank goodness I did all that baking and preserving and general faffing about already’. But on the other, I’m not sure it’s a good idea to add to the pile of things to wrap and pack and move. Actually, filled jars and tins might stand a better chance of making it across town than empty ones. I can already envisage the conversation with the Boy Wonder:

Me: What happened to all the empty jars in the pantry?
Him: I put them in the recycling.
Me: But I’ve been saving those all year!
Him: Too bad. We’ve got enough to do without packing empty jars.
Me: And what about the Christmas cake?
Him: What Christmas cake?
Me: The big square package in the box in the pantry
Him: Oh, I thought that was just rubbish. I threw it out…

In the meantime, I’ve been revisiting what I made last year, because a friend and I are making plans to have a Christmas makeathon together. Top of the list will be these deliciously spicy Christmas tree decorations, not least because the recipe makes loads AND the dough can be frozen. Next, the ever-popular best-ever brownies (also makes lots and can be frozen). If you’re really short on time, then both the date truffle fudge and the chocolate body scrub can be made in minutes (and the former will be consumed even faster).

One decision I haven’t made yet though is what kind of Christmas cake we’ll be having this year. I’m not sure I want the Small Girl to get a taste for the brandy-soaked figs and chunks of dark chocolate that stud our traditional cake, but I can’t decide what else to make. Any ideas gratefully received.

If you need a little more inspiration to get your Christmas planning underway, I suggest checking out Vanessa Kimball’s Let’s Make Christmas idea (which has already got scores of organised people showing off what they’ve made already) or Polka Dot Daze’s Christmas Challenge. Don’t dilly-dally though, there’s not much time left! 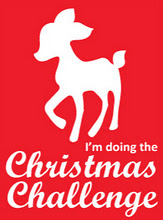 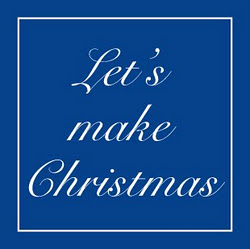