Don’t tell the World Wildlife Fund, but sometimes the Small Girl and I have hippopotamus sandwiches for lunch. Only sometimes, mind you. Other times we have rhinocerous on toast, or elephant jam. Her absolute favourite though (and mine too, because hippopotamus is dreadfully chewy), is Gruffalo crumble.
“A gruffalo?,” I hear you ask. “What’s a gruffalo?”
I admit, I hadn’t heard of The Gruffalo until earlier this year, but it’s a major phenomenon known by most parents of small children. If you think you’re too old for picture books, it’s also been turned into a film by the BBC. Robbie Coltrane voices the Gruffalo and it’s utterly perfect. 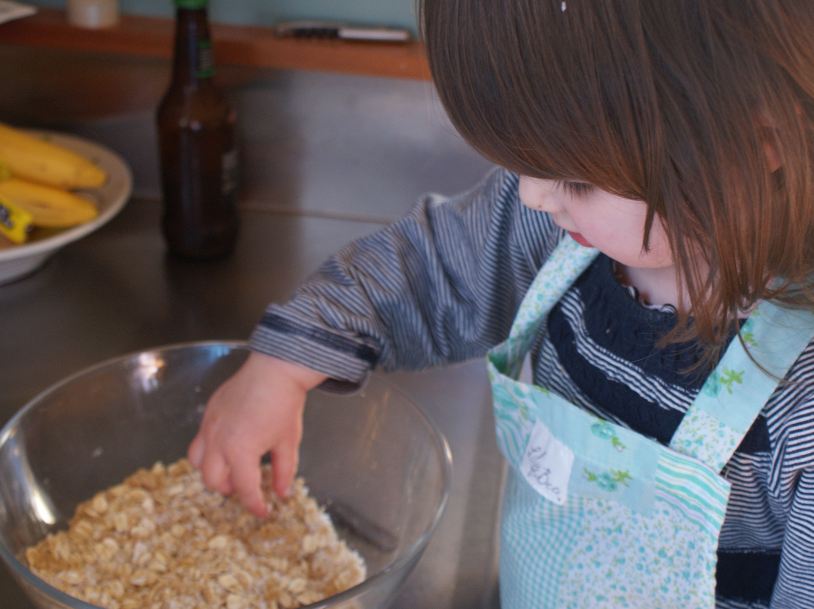 Gruffalo Crumble
This is a hybrid of various crumble recipes. In truth it’s a ‘crisp’ rather than a crumble, because you melt the butter rather than rub it in. This is much faster and – as long as you take care with the hot butter – more child-friendly to make. Less of it will end up on your kitchen floor this way too, which is always helpful.
This makes enough for a large bowl, but what I do is mix it up, then put it in a ziplock plastic bag and freeze it. Then, when we’re in the mood for gruffalo crumble, I can shake a bit out over the top of a ramekin or two of cooked (or, gulp, tinned) fruit, put it in the oven and before you can say “silly old fox, doesn’t he know, there’s no such thing as a Gruffalo”, pudding’s sorted. 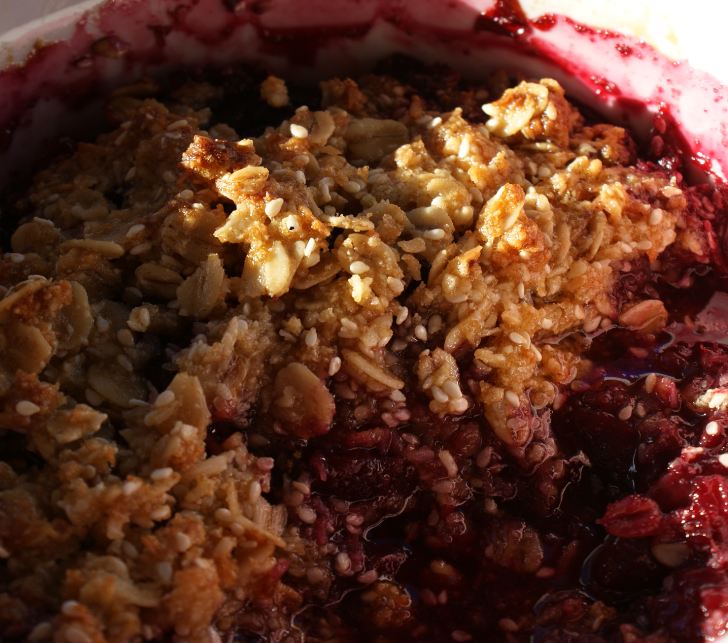 Put all the dry ingredients in a large bowl and stir well. Add the melted butter and mix again. Crumble over cooked fruit (dark plums and apple are a favourite combination in our house) and bake at 180C for 20-30 minutes depending on the size of the dish. The mixture freezes well and can be cooked from frozen. 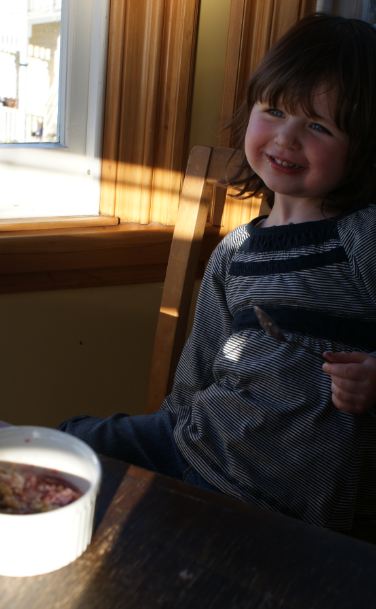 Have a sweet, sweet weekend, everyone x