It is a truth widely, if not universally, acknowledged, that my father-in-law is a saint. He’s the sort of bloke who would give you the shirt off his back and the last $10 from his pocket, without expecting a cent in return.
Take last weekend, for example, when he cheerfully set about digging up the back garden to investigate the root of a plumbing problem, filled our car with petrol, spent hours entertaining the Small Girl and never once complained that the reason for his visit – the cricket – had been a washout.
Even though it was his birthday weekend, we seemed to end up with all the presents. He even left behind the remnants of his Chocolat Framboise birthday cake. Only a saint would do that. 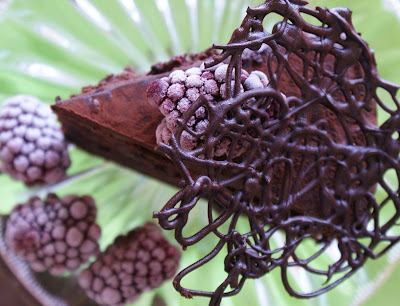 Chocolat Framboise
It took me ages to decide on what to make Kevin. I knew it had to be chocolate, but I didn’t want anything too heavy. This cake, from Christchurch’s Patisserie Yahagi, was perfect. It’s essentially a chocolate sponge, split into three, drenched with cocoa syrup, spread with a raspberry sauce and then sandwiched together with a rich chocolate ganache. It would be a great Easter cake, decorated with mini eggs.
The recipe, which is one of the 25th birthday cakes in the latest Cuisine, is here. It’s reasonably time-consuming, but I’ve worked out a few shortcuts.
If, like me, you’re not too good at evenly slicing a cake into three, make it in three 20cm tins and adjust the cooking time accordingly.
The raspberry sauce – which I actually made with frozen boysenberries – could be replaced with a good quality jam.
You may think there is way too much syrup for cake, but it will all get used. Just spoon it on to the sponge and watch it get absorbed.
Don’t stint on the ganache – it’s heavenly. It’s the only sort I’m going to make from now on.

Instead of decorating the cake as instructed, I borrowed an idea from one of the other cakes and made some chocolate ‘lace’. This is dead easy. Just melt some chocolate – about 100g will do – and scrape into a ziplock bag. Snip off a tiny corner, then ‘draw’ squiggly patterns on a piece of baking paper. Put it in the freezer to set for a minute or two, then store in a cool place. Endless fun.

Have a great weekend, everyone. Somehow we seem to be having guests to all meals, all weekend, so it’s just as well I bought a new apron yesterday…