We have a little lemon tree

Nothing does it bear

Not a silver nutmeg, nor a golden pear

Our lovely neighbour Jacqui came to visit me

And said, if you want some of our lemons, do feel free!

Our neighbours have the most fantastic lemon tree across the fence and they are very generous with its fruit, which is just as well because our tiny specimen is taking a while to get going. I’m hoping we’ll be able to reciprocate in due course. In the meantime, I’m planning to make them a cake that uses every last bit of the lemon except the pips.

Date and lemon cake
When we were going through my mother’s recipes this was the one I was most desperate to find. During my ‘between food processors’ phase I developed a terrible craving for this cake, because it’s really hard to make without one. It’s not impossible, but it’s much easier with Mr Magimix or whoever doing the heavy lifting.
There’s a chance this could be an Elisabeth Pedersen recipe, based on the newspaper font and age of the clipping, but in Mum’s book it’s just called ‘Mary’s Date and Lemon Cake’. Mary, wherever you are, I salute you. I’ve also rewritten your recipe to make it easier to follow and I’m making this my entry in January’s citrus-themed Tea Time Treats, a bit o’ blogging fun organised by Kate of What Kate Baked and Karen of Lavender and Lovage.

Heat the oven to 180C and grease and line a 24cm tin.
Put the dates and lemon in a food processor and whizz until they form a finely chopped mushy mass. Warning: this will be noisy. Scrape into a bowl and set aside.
Sift the flour and baking soda together and set aside.
Put the butter and sugars into the processor and whizz until light and fluffy. With the motor running, crack an egg through the feed tube and whizz until well combined. Stop the machine, scrape down the sides, and repeat the procedure with the second egg. Add the sour cream in the same way, then add the date and lemon mixture. Lastly, add the sifted flour and baking soda and pulse until mixed.
Scrape the batter into the prepared tin and bake for about 35 minutes, until a skewer plunged into the middle comes out clean. Let it sit in the tin for 10 minutes, then turn it out on a rack to cook. Ice with Lemon Sour Cream Icing (recipe follows).

Lemon sour cream icing
This is absolutely addictive. I’ve scaled back the original amount, but this is still enough for a generous coating (which is to say, you can eat a few spoonfuls and the cake won’t suffer).

Put all icing ingredients in the (rinsed out) processor and whizz until smooth and fluffy. 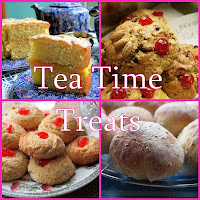