This week has truly passed in a blur. At first I thought it was related to Easter’s chocolate (and doughnut) overload, but now I realise it’s partly due to hunger. You see, it’s Wellington Fashion Week, and darlings, there’s just no time to eat. 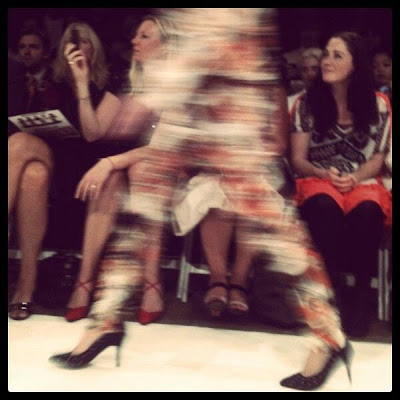 Well, that’s not strictly true. But at the opening show on Wednesday night, when I’d done the quick change in the work toilets from harassed working mother to harassed working mother wearing sequins and a lot of makeup, I was glad the music was really loud so no one could hear my stomach rumbling. I wasn’t the only one. Afterwards, during the obligatory debrief (ie, gossip and wine) someone I met was looking around desperately for canapes. ‘I haven’t had any lunch’ she wailed, clutching a glass of sauvignon blanc like it was a protein shake. “It’s fashion,” someone told her. “There’s no place for food.” 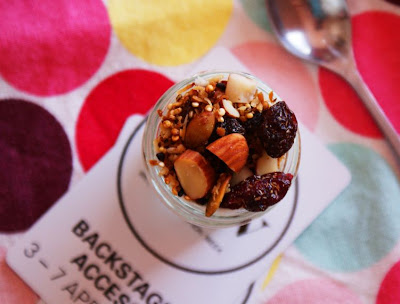 Quinoa Muesli
My sister makes really beautiful muesli that’s mostly seeds and nuts – perfect to sprinkle over yoghurt and fruit. I’ve pushed it one step further and added quinoa, which might seem a bit Autumn/Winter 2011, but it a) boosts the protein content and b) gives it a really interesting texture. A scoop of this sprinkled over Greek yoghurt and you can endure standing in outrageously uncomfortable shoes for hours. Mostly.

Heat the oven to 170C. Line a deep-sided baking tray with baking paper.
Mix the quinoa, coconut, seeds and nuts in a large bowl. Mix the honey, oil and water together and pour over the top. Stir well, then tip into the prepared tray.
Bake, stirring often, for 20-30 minutes. Don’t leave unattended. Black clothes are always in fashion, charcoal muesli is not.
When everything is golden brown, remove from the oven and stir through the dried fruit. Let cool, then store in an airtight container. 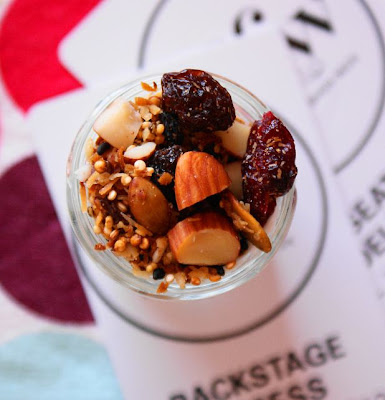