Last week, when I issued a desperate call out for birthday party food ideas, I was inspired by many of the responses. But my favourite by far was the suggestion by Janice of Farmersgirl Kitchen that I make her vanilla cupcakes.
Now, I know cupcakes are, like, soooo 2009 and eclairs are where it’s at in 2013, but I can assure you that for small children, little cakes with big amounts of icing will always be in vogue.
The other thing that intrigued me about this particular recipe is that it requires the batter to rest in the fridge overnight. Among other things, this means you can have freshly baked cupcakes for breakfast, which is a trend worth setting. 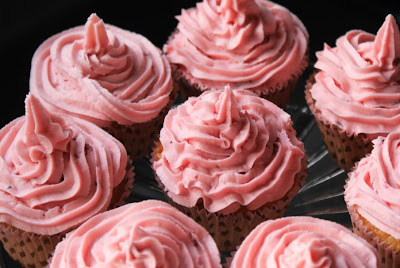 Overnight cupcakes
Janice originally used a recipe from Le Cookie, a book by French pastry whizzes Mickael Benichou and Benoit Castel, who set up luxury cookie brand Moon St. So this cupcake recipe, by a French chef who designs recipes for a bakery in New York, came to me from a Scottish food blogger. Don’t you love the internet? Here’s the New Zealand version. Just a note – the icing sugar in the cupcake batter is not a mistake. I’ve made them with caster sugar and icing sugar and the icing sugar version is definitely superior.

Put the eggs, icing sugar and lemon zest into the bowl of a freestanding mixer and beat on high for five minutes, until the mixture is pale and very fluffy. Sift over the flour and baking powder and mix in on low speed for a minute or two. Fold in the melted butter.
Cover the bowl and leave overnight – or for at least eight hours – in the fridge.
The next day, heat the oven to 160C and put cupcake cases in a 12-hole muffin pan. Divide the mixture evenly between the cases, smooth the tops gently, and bake for about 15 minutes until risen and pale gold. Let sit in the tin for five minutes, then remove the cupcakes to a rack to cool completely.
When they are cold, ice as you see fit. The ones pictured above have swirls of raspberry buttercream – recipe follows.

Raspberry Buttercream Icing
This generously tops 12 cupcakes. Go ahead and use raspberry flavouring/pink food colouring if you like – I was just experimenting with ways to avoid it ahead of tomorrow’s birthday party mayhem. Leaving out the sugar would probably be a safer bet! Using a freestanding mixer is the easiest way to do this and gets the best results, though a food processor comes a close second.

Put the butter and icing sugar in a freestanding mixer/food processor and beat on high speed until very pale and fluffy. Set the mixer going, make yourself a cup of tea and sit down for five minutes (getting up occasionally to scrape down the sides of the bowl). Crush the raspberries in a cup and add the boiling water. Keep the mixer going and drizzle in the raspberry mixture, about a teaspoon at a time, until the icing is very fluffy and light.

Have a great weekend, everyone. Tomorrow our house will be filled with the sound of a dozen children, at least a dozen adults, and popping balloons. I am going to spend Sunday in a darkened room with a cold cloth on my forehead. At least, that’s what I’m planning!