Today is the first day of what used to be called the August School Holidays. I’m not sure why they’re now in September/October – continental drift? Global warming? – but Murphy’s Law means the weather will be appalling for the next two weeks, only to clear up the day little darlings go back to class.

It’s probably different now, with kids of all ages plugged into iPads and X-Boxes and all other gadgetry, but I loved being able to play in the kitchen in the holidays. This was especially true as a teenager away from boarding school, where the kitchen was a place of evil smells and culinary terrors. Then again, I was the sort of child who used to play-act the Alison Holst show, so maybe I wasn’t normal. 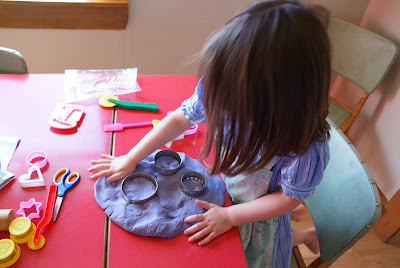 Having to think of school holiday amusements is still a year away for us, but I’ve set the groundwork early. I’ve always cooked with the Small Girl in attendance, mainly because I’d never get anything done otherwise. Obviously there are times when it’s easier without her ‘help’, but for the most part, it’s fine. I suppose I’ve taken for granted what she picks up along the way – it wasn’t until last week when we were making these tarts that I realised how she has learned so much by watching (and doing).

Of course, the children you know may be completely different and completely disinterested in any part of the cooking process (even the results). But if you think there’s a chance they might be just a little bit interested, here are a few projects you could undertake during the holidays.

1. Have a growth experience: Too wet to play in the garden? Grow some greens indoors instead – start some sprouts in the holidays and you’ll have enough for peanut butter and sprout sandwiches when school starts again.

2. Make cheese: Making cheese requires patience and extreme attention to hygiene, which is not something most children have much time for. Making ricotta, however, is much easier and almost qualifies as a science experiment.

3. Bake something out of nothing: I understand why a lot of people shy away from baking with children – if it all goes wrong it can be an expensive waste of resources. But you don’t need much to make these delicious butterscotch bars or Emma’s amazingly simple and fabulous slice.

4. Cook a family dinner: When I was a Girl Guide I once made a ‘firehouse chilli’ in order to earn some sort of domesticity badge. Only I misread the recipe and thought 1/4 tsp of cayenne pepper was 1-4 tsp. I still earned the badge, but not without nearly making my family spontaneously combust. This easy all-in-one lamb traybake is kid-friendly and child’s play to make.

5. Make breakfast: Get them up to speed with this stuff now and you improve the chances of them making you breakfast on a regular basis. Try this smoothie or – on unrushed mornings – these crepes.

6. Learn the art of stretching what you have: This will stand them in good stead when they eventually leave home. This recipe is also particularly good for fussy eaters – there’s just one identifiable ingredient and it’s potatoes!

7. Make some real dough: If they’re old enough to stir, get them to make this DIY Vogels Bread. If they want a project that mixes breadmaking with the all-important YouTube component, get them on to this.

8. Stop the grumbles: School-age kids are probably a bit grown up for this, but I’ve yet to meet anyone who isn’t totally charmed by The Gruffalo or Gruffalo Crumble.

9. Make chips off the old block: Kids begging for takeaways? Get them on to making these hot chips instead.

10. Make a cake: This recipe always works, makes a huge cake and everyone loves it. Leave out the rum if your kids are making (and consuming) it though!

How do you entertain your kids in the school holidays?