For those of you who are anxiously waiting for a view of my new pantry, here’s a shot of my kitchen. 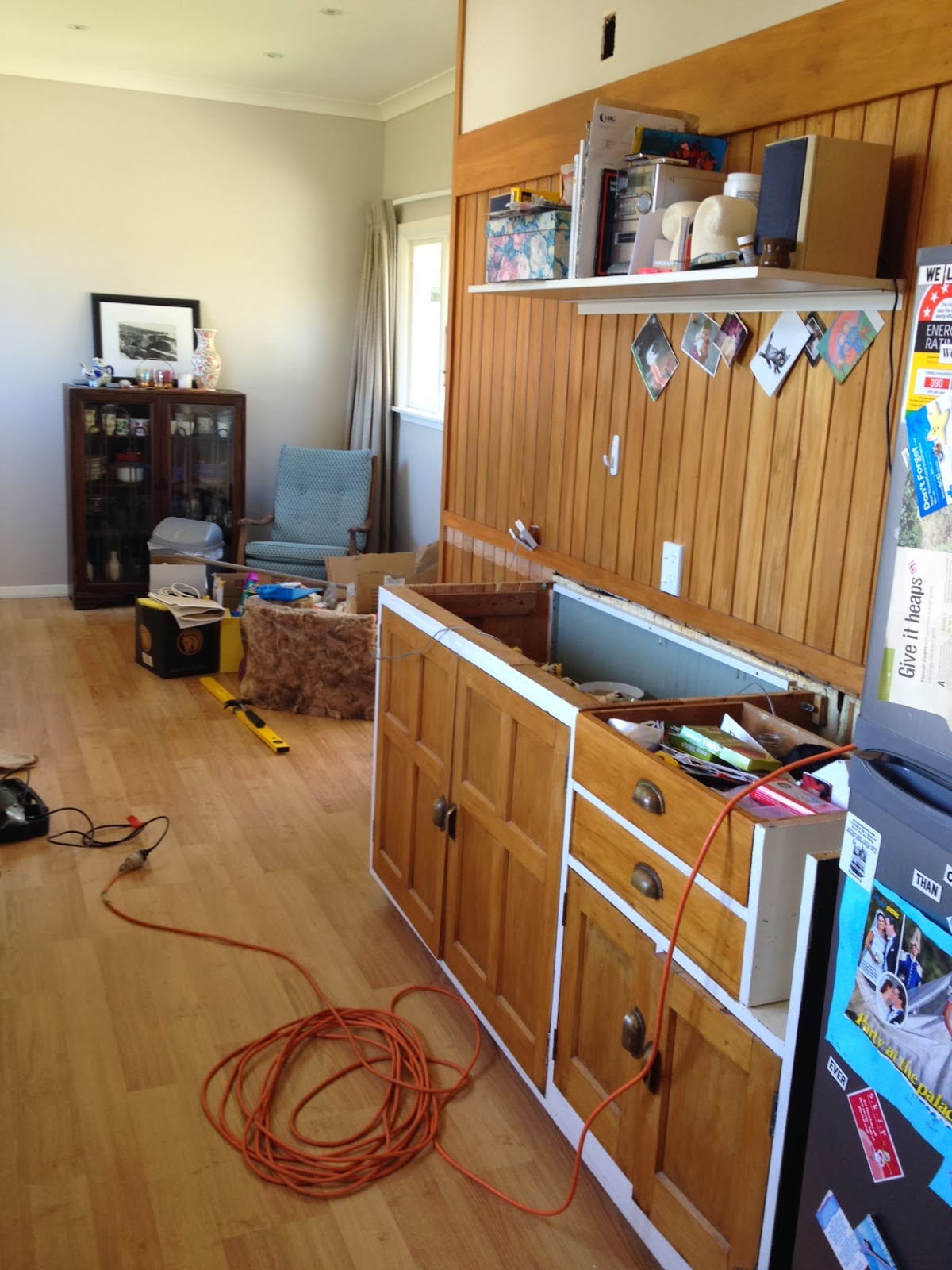 Yep, that’s right, no pantry. Also, no benchtop. That pile of stuff on the floor is the contents of our pantry (plus a roll of insulation). What you can’t see on the other side of the kitchen is the huge hole in the other benchtop from where the old, useless grill and extractor fan have been ripped out. The vast bird’s nest the builder found in the wall lining when he ripped the old pantry out is also, mercifully, out of view.

So, as you might have guessed, there has been very little cooking chez nous this week. First we were out of town unexpectedly for a funeral, then we came back to discover that parts of our house looked like something from Grand Designs (the bit in the middle, where everything is in chaos and Kevin does the ‘oh no, they are running out of time and money’ voiceover).

I’ve gotten used to having my pantry contents in boxes on the floor, but living without a benchtop has been much harder than I imagined. The pantry got halfway in on Thursday before the joiner doing the job had some sort of nervous breakdown and left in a huff. Previously he’d been telling me that he’d been to lots of parties at our house ‘back in the day’. I can only surmise that he had some sort of unpleasant flashback. I’m hoping he will be back on Monday.

But I digress. As well as juggling all my usual roles (plus that of building site manager), I’ve added a new one. Late last week I started studying at the Stanford School of Medicine, via the magic of the internet. The timing isn’t great, but the course – Child Nutrition and Cooking 2.0 – is brilliant.

The course – which involves video lectures, quizzes and cooking assignments set by the magnetic Maya Adam – highlights home cooking as the simplest way to fight against the tsunami of health problems caused by obesity.

Of course, if you’re reading this, then there’s a fair chance you are already quite keen on home cooking. But the tone and content in some of the course materials suggests that for many people, cooking at home and eating as a family are rare events.

According to research, nearly a third of all children (aged 4-19) in the US eat fast food every day. Nearly 20 per cent of them are obese. One in three children born in 2000 will develop Type 2 diabetes. The children of today are on track to be the first generation to have a shorter lifespan than their parents.

This is sickening stuff. It’s terrible that the world seems to swing between the famine-like situations caused by food insecurity (that’s not knowing where your next meal is coming from, not worrying if your buns look big enough) and this kind of low-nutrient, high volume, feasting. 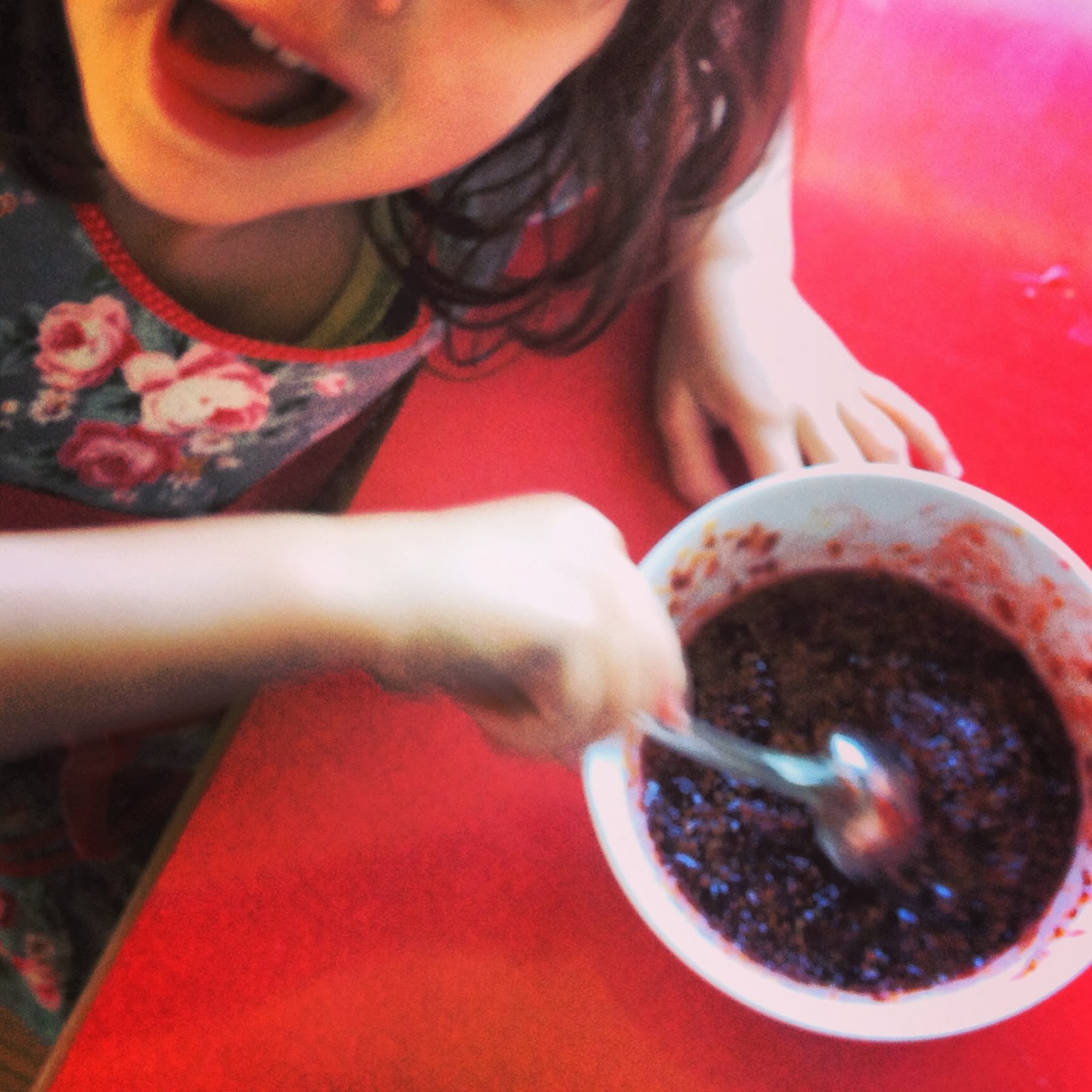 What makes it worse it that it seems to be common sense. I mean, all children go through picky stages (have you found yourself using any of these 44 inducements to get your kids to eat something?), but junk food, every day? Not eating as a family? Not eating any food in its natural, unprocessed state? What is wrong with us?

In my experience eating as a family is the single best thing you can do to encourage better eating habits in a child. Yes, it means you lose the chance to have an uninterrupted adult conversation and there are times when you pray for solitary confinement, but it means you a) only make one meal and b) show your child that food is about sharing and enjoyment and trying new things.

Anyway. I fear that the lovely Maya is probably preaching to the semi-converted, but I figure the more people who get the message, the better. It’s not too late to sign up – I think you have to do it by Feb 17 – you can do it in the comfort of your own home, it’s completely free and this week one of the assignments is making a cake.

I’m thinking of making one to offer to my temperamental joiner. Hopefully that will induce him to finish the job.