Here is a cake that will apparently a) boost your potassium levels, b) make you thin and beautiful and c) not get you kicked out of Crossfit classes. Want a slice? 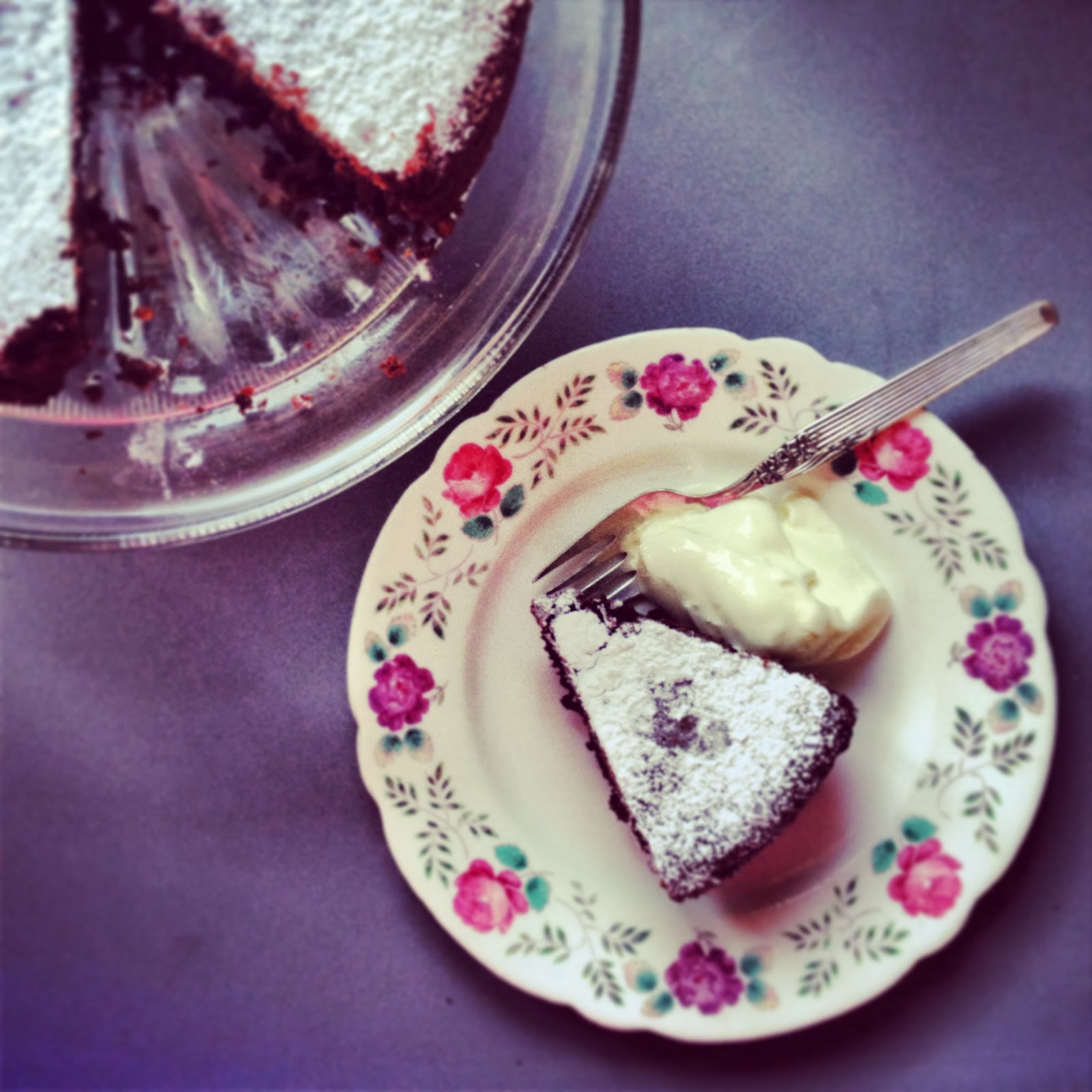 This humble-looking creation is packed with three forms of magical coconut – coconut oil, coconut sugar and coconut flour – yet it doesn’t taste remotely coconutty (thanks to the two other ingredients, equally righteous free range eggs and FairTrade chocolate). You can’t taste the coconut but it’s what gives this cake its reputed powers.

Coconut oil is feted by many for its healing and beautifying powers (and it’s endorsed by lots of celebs, so it must be good for you, right?). Fans believe extra virgin coconut oil helps maintain healthy cholesterol levels, nurtures the thyroid gland, boosts the metabolism, fights fungal infections, bacteria and viruses – and it makes your hair shiny. Add in coconut sugar (tastes and looks a bit like brown sugar, but has loads more minerals and a lower GI rating) and coconut flour (looks like ground almonds, high in protein and fibre, gluten-free) and you have a cake that could just about save the world. Or at least one that tastes brilliant.

I dabbled in coconut oil last year, which I blame on editing about 20,000 stories on the pros and cons of using it. It’ll never replace butter, or even good extra virgin olive oil, in my affections, but it is easy to use and if it really is that good for you, so much the better. But I’d never tried coconut sugar or flour, so when I found them at my local organics shop, I decided to do a little experimenting in the name of this month’s We Should Cocoa challenge. Guest host Linzi of Lancashire Food has asked us to use chocolate along with a ‘new ingredient’. I’ve used coconut oil, sugar and flour in a reworking of an old recipe given to my sister by a chef friend. This version is light, not at all coconutty, and incredibly filling. You must try it.

Put the oil and chocolate in a small pot and set over low heat, stirring occasionally until melted. Set aside.

Beat the eggs and sugar together until pale (though the mixture will be a light brown, thanks to the coconut sugar) and thick.

Pour the cooled chocolate and oil into the egg mixture and stir to combine, then sift in the coconut flour. Fold together and pour into the prepared tin.

Bake for 25-30 minutes. The cake will still seem very wobbly but it will firm up as it cools. The edges should be just set when you remove it from the oven. Leave to cool in the tin, then turn out very carefully onto a plate. Dust with icing sugar (I don’t think they make a coconut version of icing sugar, yet) and serve with a good dollop of Greek yoghurt or whipped coconut cream. Or you could try this recipe for DIY coconut yoghurt, which sounds amazing.