Have you ever heard the expression, ‘an army marches on its stomach’? Whoever was in charge of provisioning the Antipodean soldiers in World War One certainly hadn’t. Researchers now believe poor diet was one of the contributing factors to the doomed Gallipoli campaign due to be commemorated in Australia and New Zealand tomorrow.

Not only were the hapless Anzacs on a hiding to nothing in terms of their strategic position and lack of equipment, they were given the most basic of rations and suffered greatly as a result. Like the song says, war – what is it good for?

I’m not sure that modern Anzac biscuits are that nutritionally sound either, but they surely rate highly in terms of improving – even in the short-term – one’s psychological state, especially when consumed with a good cup of tea. Ending (or even starting) the day with a bowl of Anzac Biscuit Ice cream offers a similar emotional health benefits. But if you’re looking for something a little more wholesome, then this easy Anzac-inspired bread could be just the ticket. 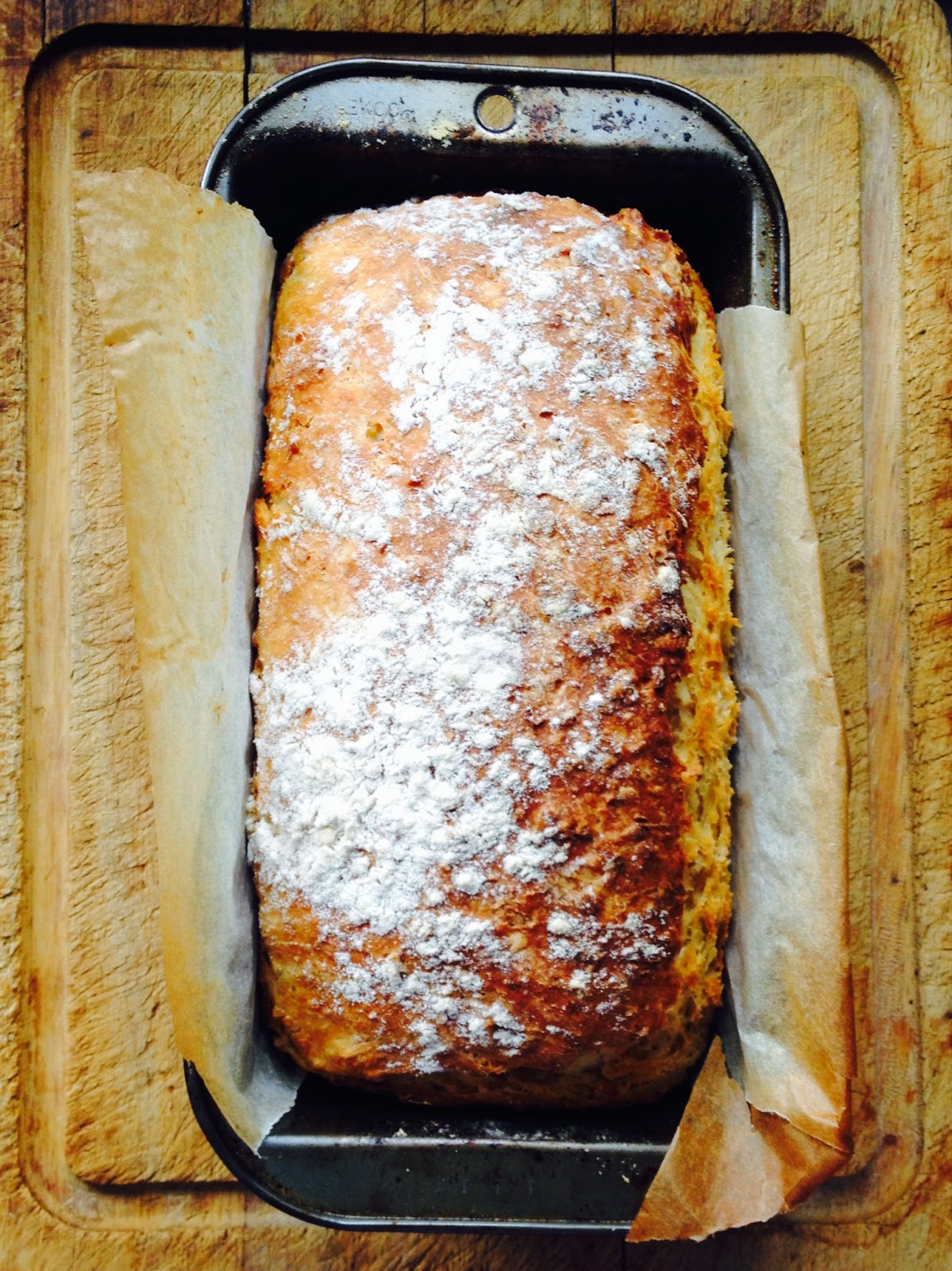 Anzac Bread
This is bread for beginners – there’s no kneading and very little hands-on effort required at all. Mix the dough before you go to the dawn service and it will just about be ready to stick in the oven when you get back.

Put the flour, salt, oats, coconut and yeast into a large bowl. Grate in the butter and then stir vigorously to mix it in.
Add the golden syrup to the water and pour into the bowl. Mix well until a wet, sticky dough forms.
Cover with a damp tea towel or plastic bag and leave in a warm place for three to four hours, until the dough has risen and nearly doubled in size.
Turn the oven to 210C. Grease a standard loaf tin (about 21 x11 cm) and line with baking paper.
Turn the dough out onto a lightly floured surface and deflate it by pressing with your fingers until it forms a rectangular shape that’s slightly narrower than the length of the loaf tin. With the short side closest to you, carefully fold the bottom third of the dough into the middle, then over again. You should have a loaf shape sitting in front of you. Carefully transfer this to the prepared loaf tin.
Let rise for 30 minutes, until it is puffy and an indent stays when you press it with a finger. Slash the top with a sharp knife, dust with a little flour and put in the oven.
Bake for 35 minutes, until risen and golden brown. Let cool for five minutes before you turn it out of the tin. Leave it on a rack to cool completely.