I’m calling it now: I think marmalade is about to have a moment. I’ve reached this conclusion via a highly scientific process involving the fact that the Paddington Bear film (starring Colin Firth!) is out later this year and marmalade is sure to be a key marketing tool.

Paddington, in case you’re not familiar with the tale, is passionate about marmalade and never goes anywhere without a marmalade sandwich about his person. If the thought of marmalade sandwiches leaves you cold, then I think one of these chocolate-studded, marmalade-filled bars might persuade you that the bear from Peru was onto a good thing. 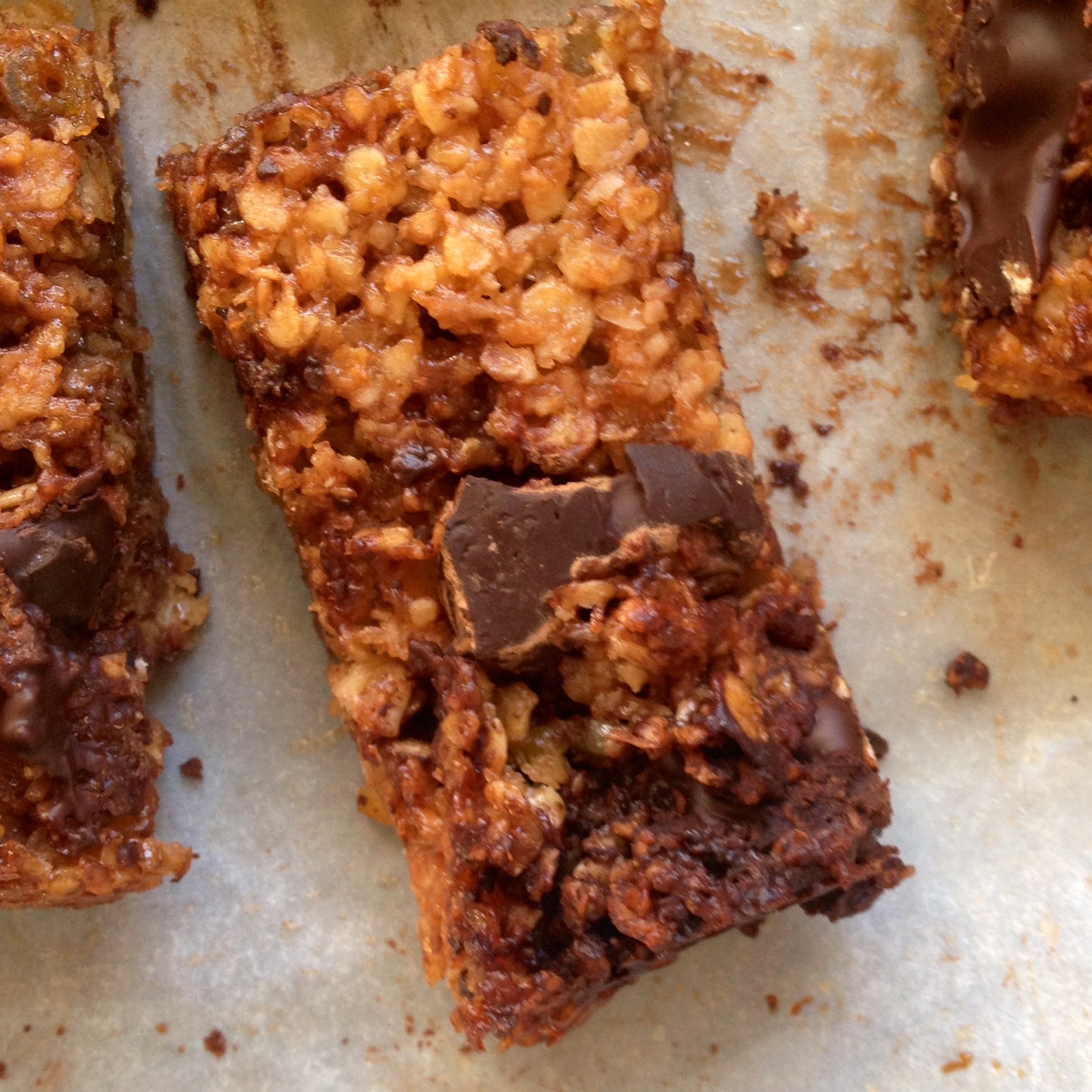 Chocolate Marmalade Bars
With rolled oats, butter and marmalade all key ingredients, you could just about get away with calling these sticky, chewy bars breakfast if it weren’t for the nuggets of dark chocolate and crystallised ginger. This recipe is inspired by these jammy flapjacks, created by the ever-talented Choclette. The combination of thin-cut orange marmalade and chocolate makes these taste like a more wholesome Terry’s Chocolate Orange. If you’re a grapefruit marmalade fan, try some white chocolate chunks instead.

Heat the oven to 180C and line a brownie tin (measuring around 19cm x 27cm) with baking paper.
Put the butter and marmalade into a large saucepan and set over gentle heat,  stirring occasionally until the butter has melted. Set aside to cool for five minutes, then stir in the oats, coconut, ginger and half the chocolate until well mixed.
Press into the prepared tin, then scatter the remainder of the chocolate over the top.
Bake for 25-30 minutes, until golden brown. Leave to cool completely before cutting. Makes about 20 small bars. Store in an airtight container in a cool place. 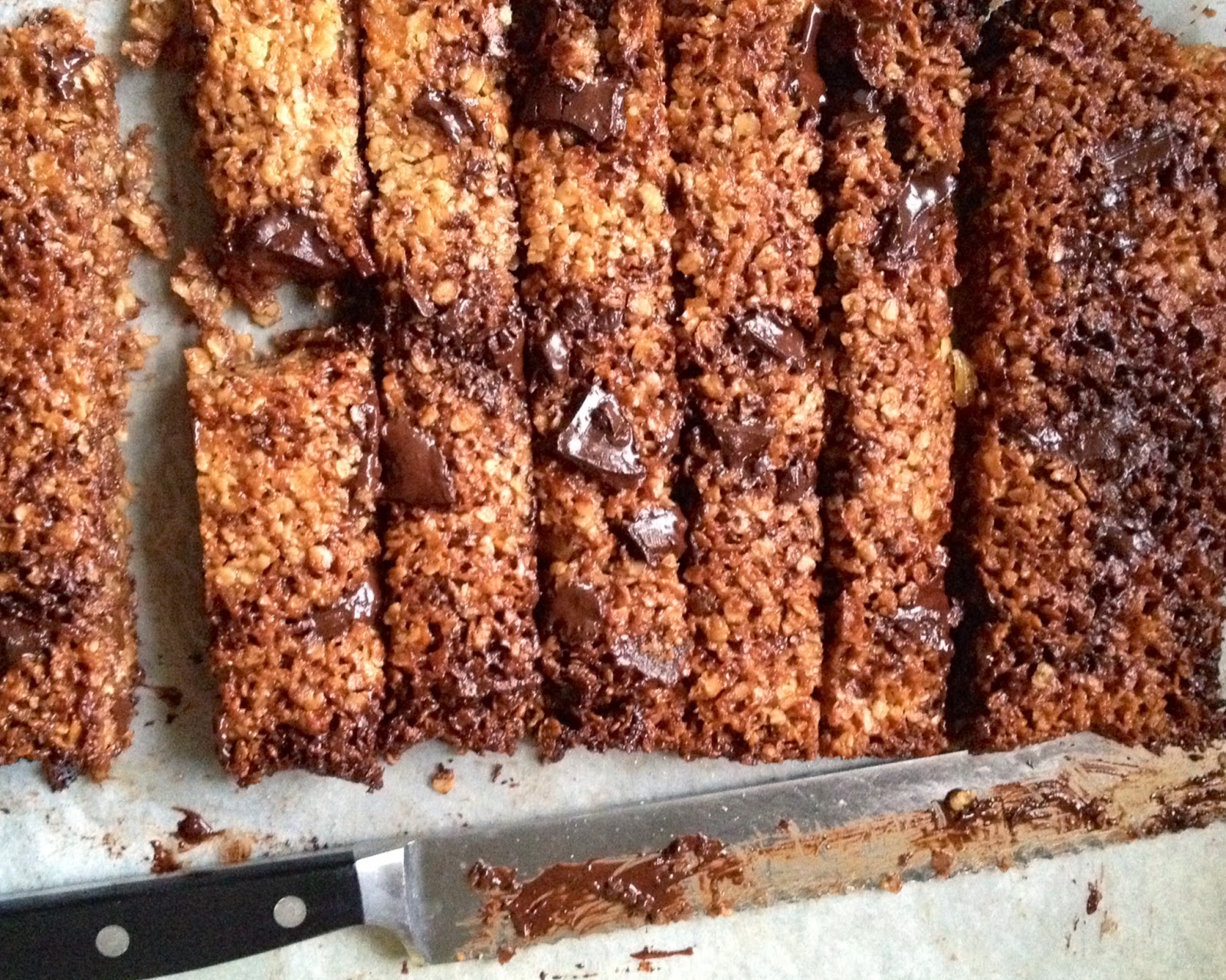 This easy recipe is exceptionally timely – not only does the Wellington On A Plate Bake Club kick off next week with a slice challenge, but Karen at Lavender and Lovage, along with Janie of The Hedgecombers, have put a call out for flapjack and traybake recipes for this month’s edition of Tea Time Treats. Check out Janie’s link for more great traybake recipes if you’re needing some #BakeClub inspiration.