I’m sure there’s a Chinese proverb about disaster being the mother of invention, or danger being the signpost to opportunity, or something like that. I’m not sure that it’s often successfully applied to baking, but there’s a first time for everything.

Earlier this week I stumbled upon Nicola Galloway’s recipe for chocolate chickpea cookies and pretty much decided I had to make them on the spot. We got through them really quickly and I figured I could whip up something quite similar, but with pumpkin instead of chickpeas, and prunes instead of dates. So this is the result – something inspired by, but completely different to, those cookies. And it’s every bit as delicious. 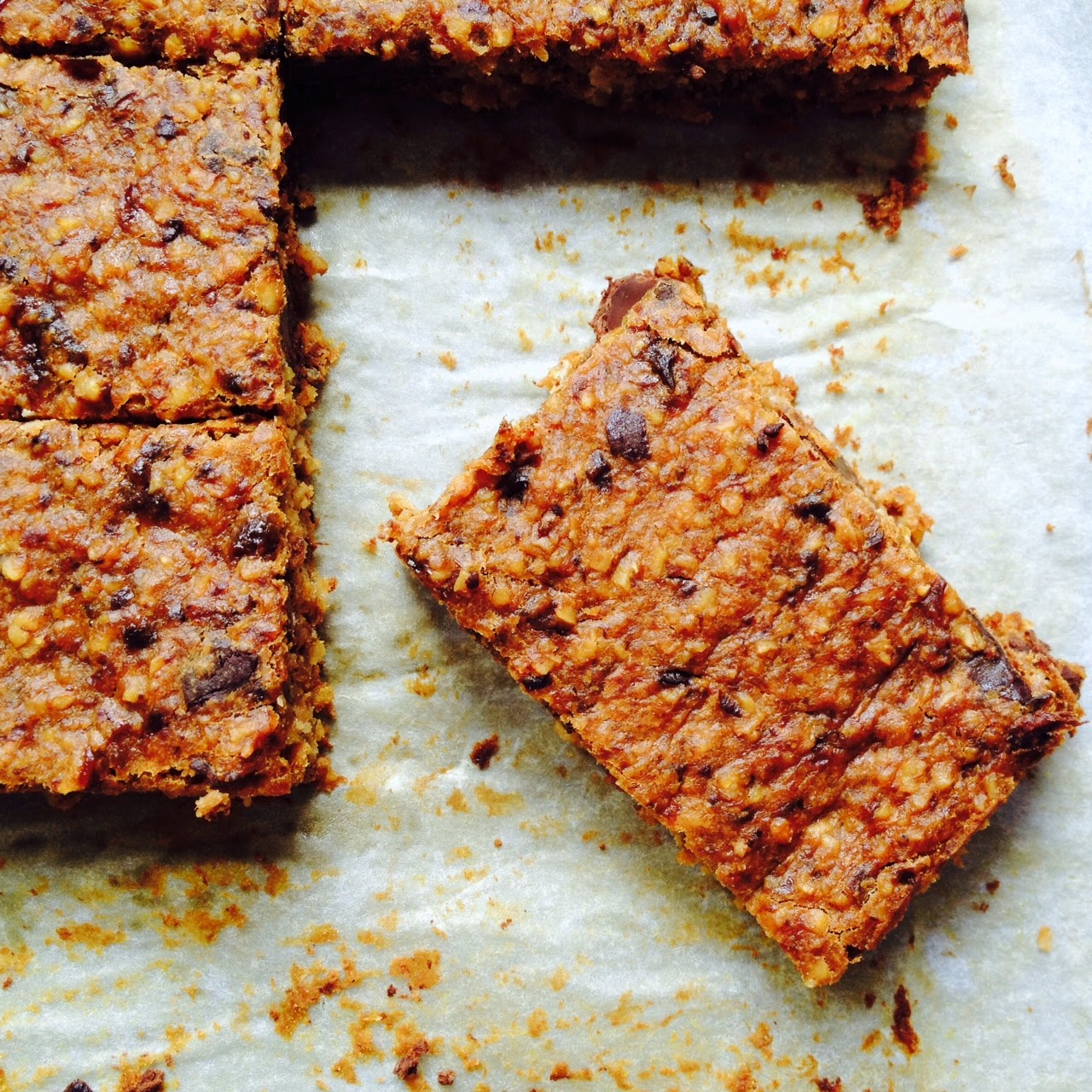 Pumpkin, prune and chocolate bars
These soft, slightly chewy bars are very addictive – trust me, I’ve consumed several in the course of writing this post. The mix of ingredients means they’re a perfect fit for October’s We Should Cocoa challenge, this month hosted by Hannah at Honey and Dough. The slightly random nature of how this recipe came to be also means it’s a strong contender for the October edition of Random Recipes – you can find out more about the criteria for this month here.
You do need to have some cooked pumpkin lying about for this recipe – do what I do and just throw a piece in the oven the next time it’s on and let it bake away untended. Then scrape the soft flesh into a container and freeze it to make yourself feel super organised when recipes like this come along.

Tip the prunes into a small bowl and cover with boiling water. Set aside while you get everything else ready.
Heat the oven to 180C and line a small brownie pan (measuring about 27 x 20 cm) with baking paper, leaving some overhang.
Put the rolled oats into a food processor and whiz until finely ground. Tip out into another bowl.
Drain the prunes, then tip them into the processor, along with the pumpkin, melted butter and egg. Whiz until smooth, then add the ground oats, cinnamon and baking soda and whiz again until well mixed. Add the chocolate and pulse until mixed.
Scrape the mixture into the prepared tin and bake for 25-30 minutes, until set and slightly springy to touch. Let cool, then cut into bars. Store in an airtight container in the fridge.