Whenever visitors to Wellington ask about Te Papa, there’s only ever one thing we tell them to see – the colossal squid. This creature of the deep has become such a feature in our lives that I fear the day that it disintegrates altogether and we are allowed to look at other exhibits. But it has also engendered a great interest in squid of all sizes – including the ones you can eat.
To capitalise on a sudden resurgence in interest (prompted by some recent sea adventures), I came up with this almost-instant tapas-style octopus, which takes five minutes and looks a lot more complicated than it is. It’s certainly a lot less complex than catching a colossal squid – but you’ll have to go to Te Papa to see how they did that. 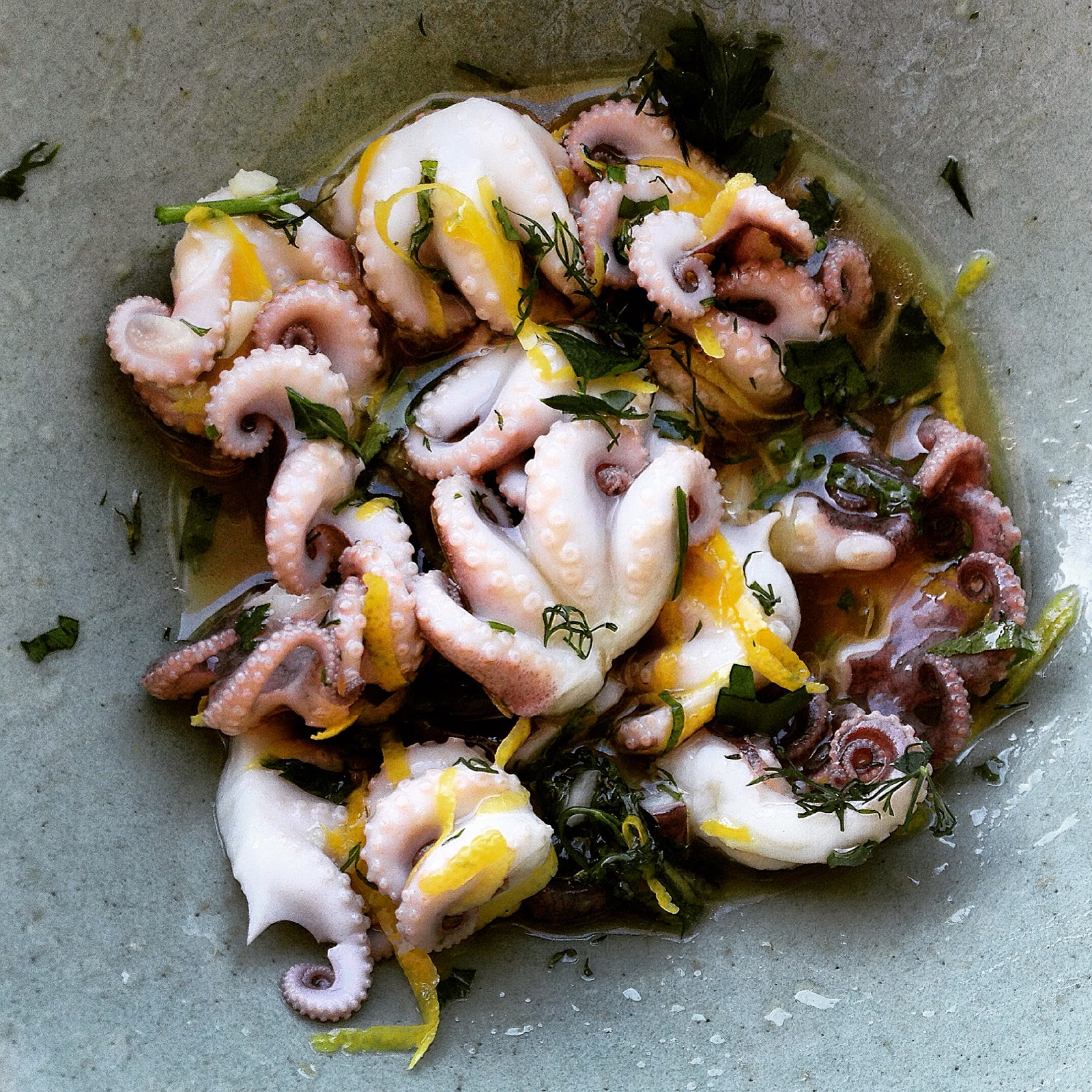 Baby octopus with lemon and herbs
It might seem a bit of a fiddly task, but I recommend cutting off the hood (which contains what is known in our household as ‘the poo-ey bit’) of the octopus before you start. It’ll only take a minute and makes them much more pleasant to eat.

Fill a small bowl with cold water and ice cubes, and set aside.
Bring a pot of water to the boil. When it’s boiling, add a good pinch of salt and the baby octopi. They will curl up and blanch pretty much immediately – as soon as they do, remove them with tongs and drop them into the iced water.
Mix all the other ingredients together in a bowl and add the drained octopi. Stir well and season with salt and pepper, then serve. Serves four as a tapas-style appetiser.

Do you have a favourite food-related exhibit at your local museum?