“Once upon a time, you learned from watching your mother and you cooked because you had to. But children aren’t doing that anymore. It’s common now to hear of people who can’t cook at all.” – Tui Flower, 2010 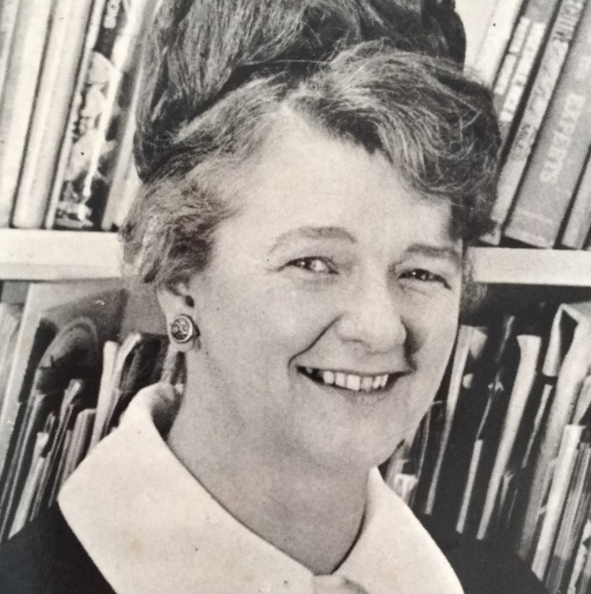 Tui Flower, one of the most influential figures in New Zealand food, died last week aged 92. Tui never ran a restaurant and never shouted at anyone on a TV food show, but she determined what was served up for dinner in many households for several decades. As food editor of the New Zealand Woman’s Weekly from 1965 to 1984, Tui introduced ‘exotic’ ingredients to families who previously existed on a dull diet of meat and three veg.

Her magnum opus, The New Zealand Woman’s Weekly Cookbook, contains a buffet of recipes that range from the classic to the (now) unpalatable – ham-wrapped bananas in cheese sauce, or swan casserole, anyone? – but every single one is meticulously written with a clear understanding of its audience. If you can find one in an op shop, snap it up at once.

My own copy gets dragged out at least once a week, usually for a Saturday morning pikelet session. I never met Tui but in a phone conversation we once had – I now can’t remember why, I must have been interviewing her about something with no small amount of trepidation – I thanked her for teaching my husband how to make pikelets. She was tickled pink (though probably shocked that he didn’t know already). Thank you, Tui, for passing on your wisdom. You will be missed.

I’ve written about pikelets before, in homage to my great-aunt Makiri, who would make cat pikelets (and choux pastry swans, though not at the same time). Tui’s recipe, from the aforementioned New Zealand Woman’s Weekly Cookbook, is a never-fail classic. Extensive testing in our household has proven that you need to use ordinary cow’s milk (most emphatically NOT almond) and plain white flour for best results. This is not the time to go all alt-ingredient-y, ok? I’ve doubled the quantities specified by Tui, because one batch is not quite enough for our small but greedy family. Leftovers can be frozen and reheated in the toaster, but there are very seldom any left hanging around. 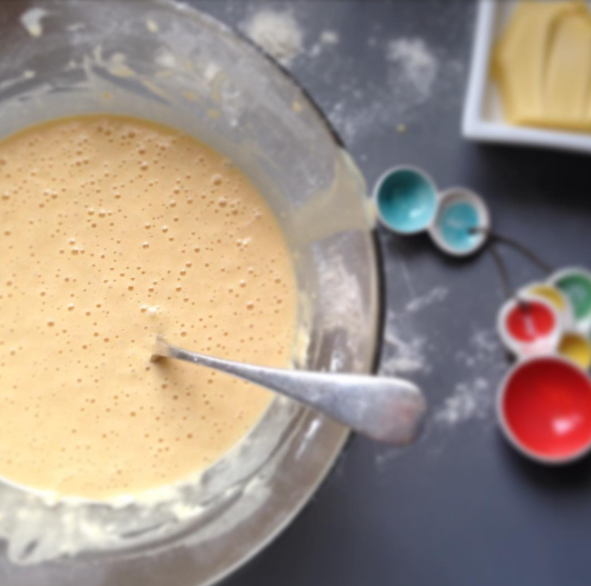 Whisk the eggs and sugar together, then add the milk. Sift over the dry ingredients and whisk together until smooth. The batter should slide off the spoon with ease, but not be too runny.

Grease a large, heavy pan with butter and set over medium heat. Cook spoonfuls of the batter until bubbles form and pop on top, then flip over carefully and cook for another minute or two (they will puff up as they cook). Transfer to a rack or a plate covered with a folded teatowel and keep warm until the rest are done (warning: you will need to fend off all-comers). Regrease the pan as necessary, but don’t overdo it.

Serve the pikelets with lashings of whatever you fancy. Tui suggested “grilled bacon or sausage or marmalade”, I favour cream and jam. This makes about 20.