They say it’s not what you know, it’s who you know that counts. I’ve never really believed that until recently when I acquired three new colleagues at my day job. They’re all clever and interesting people, but one in particular has some very enviable connections and she knows how to work them. She sidled up to me on her first day and said, ‘so, I hear you know about food. Want some smoked fish?’

It turns out that she has a keen angler father who keeps her in ample stocks of beautifully smoked and meticulously boned Taupo trout. Even better for me is that she doesn’t like to eat it. The rest of us keep telling her she’s missing out, but she won’t be swayed. I think this is what’s known in the trade as a win-win. In the meantime, I’m making the most of the catch while I can. 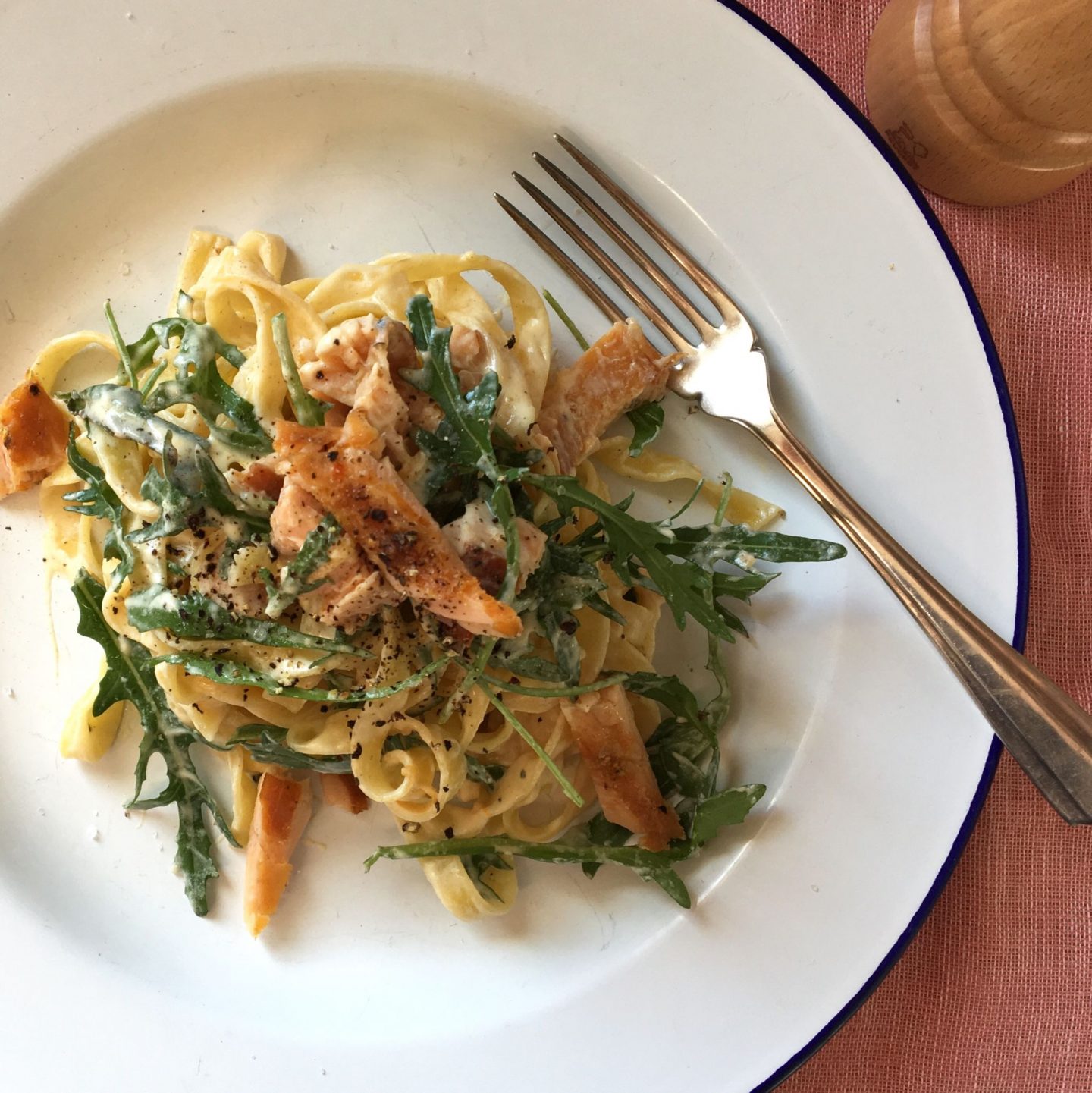 Tagliatelle with smoked trout and mascarpone

This is one of those dishes you can put together while the water boils for the pasta. The hardest bit is not eating all the trout while you wait.

Finely grated zest and juice of a lemon

Put a large pot of water on to boil for the tagliatelle. While you’re waiting, put the mascarpone, mustard, lemon zest and juice and olive oil in a small bowl. Season well with salt and pepper, then whisk to combine and set aside. Flake the trout and stir half of it into the mascarpone mix.

When the water is boiling, add a large spoonful of salt, followed by the pasta. Cook for five minutes (or according to packet directions), then drain, reserving a tablespoon or so of the water. Return to the pot, then toss through most of the rocket and all of the mascarpone. Divide the pasta between two plates and scatter the rest of the rocket and the trout on top. Serve – and eat – immediately.

Got an angler in the family? Here are three more ways with smoked fish to help use up the catch. Failing that, I’m sure I can hook you up with some willing takers!

No blog posts for ages and then, what? A sandwich? I’m afraid so. Truth is, I feel like I’ve lost my food mojo in the last couple of weeks. Life seems to have overtaken me; there seems to be too much going on and not enough time to do it in. I’ve been doing a lot of running, so I’m perpetually hungry (and tired), and spending hours in the kitchen is a luxury I don’t seem to have.

Anyway, I’m hoping normal(ish) service will resume soon. In the meantime, here’s a sandwich I perfected earlier in the year, when I was on holiday, combining lots of running with lots of gardening, lots of reading and lots of sitting on our newly finished deck, thinking how life was pretty sweet. 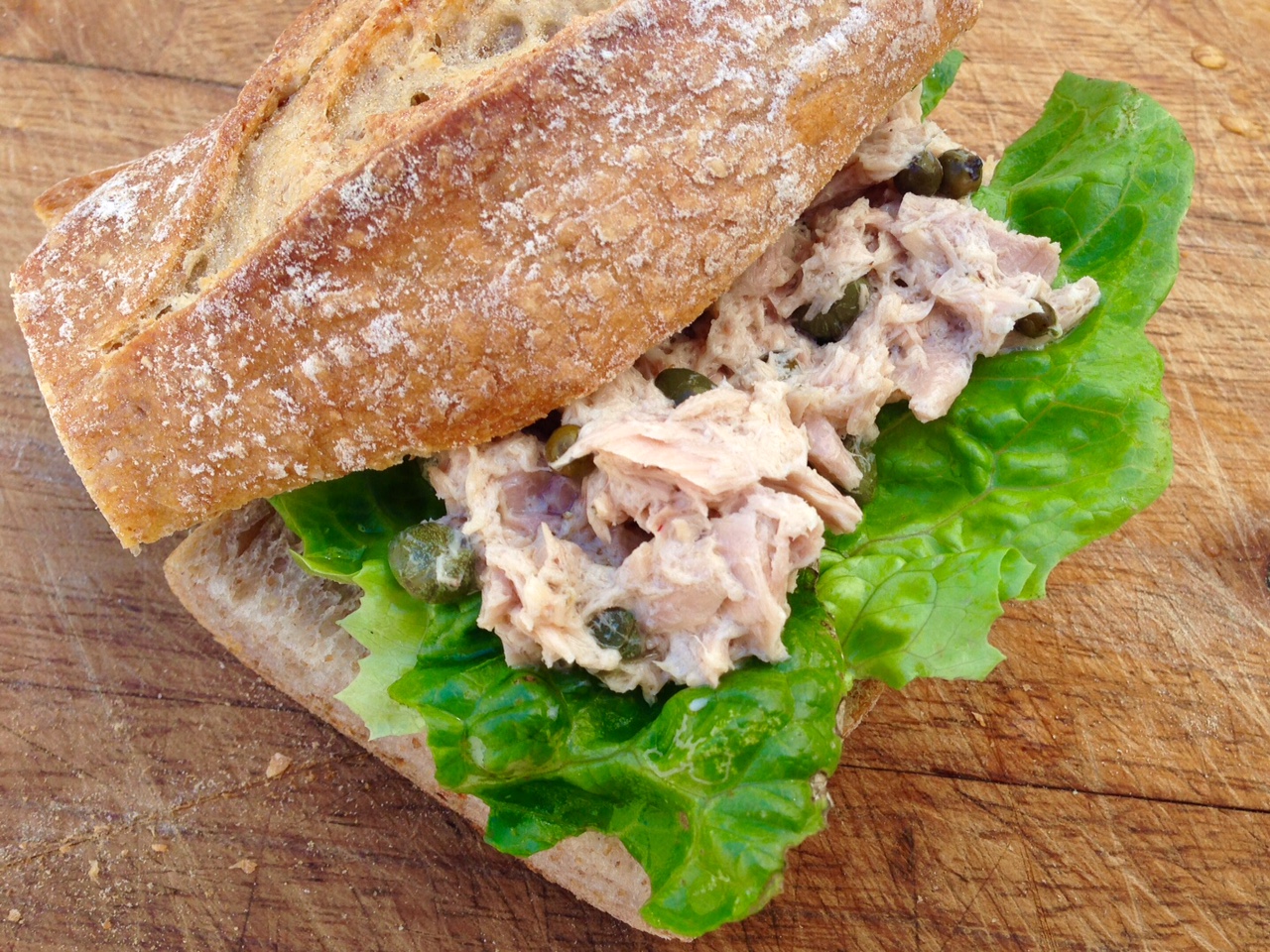 Not surprisingly, good tuna and good bread are essential to the success of this sandwich. The absolute best baguettes I’ve found in Wellington are the Acme sourdough baguettes from Prefab, the best tuna is the Sirena brand (the one with the mermaid on the tin).

zest and juice of a lemon

Put everything in a small bowl and mix well. Add a little more oil if necessary. Pile into a halved baguette with some crunchy lettuce. Eat immediately.

What have you been up to while I’ve been away?

We are blessed with the best neighbours in the world. They are great neighbours for all sorts of reasons, but for the purposes of a food blog, they are the best neighbours because they do things like turn up with freshly caught crayfish, or duck, or smoked trout. Now they’ve just set the bar even higher by bringing us three massive paua. It’s going to take a lot of reciprocal bottles of wine and cakes to beat that one. 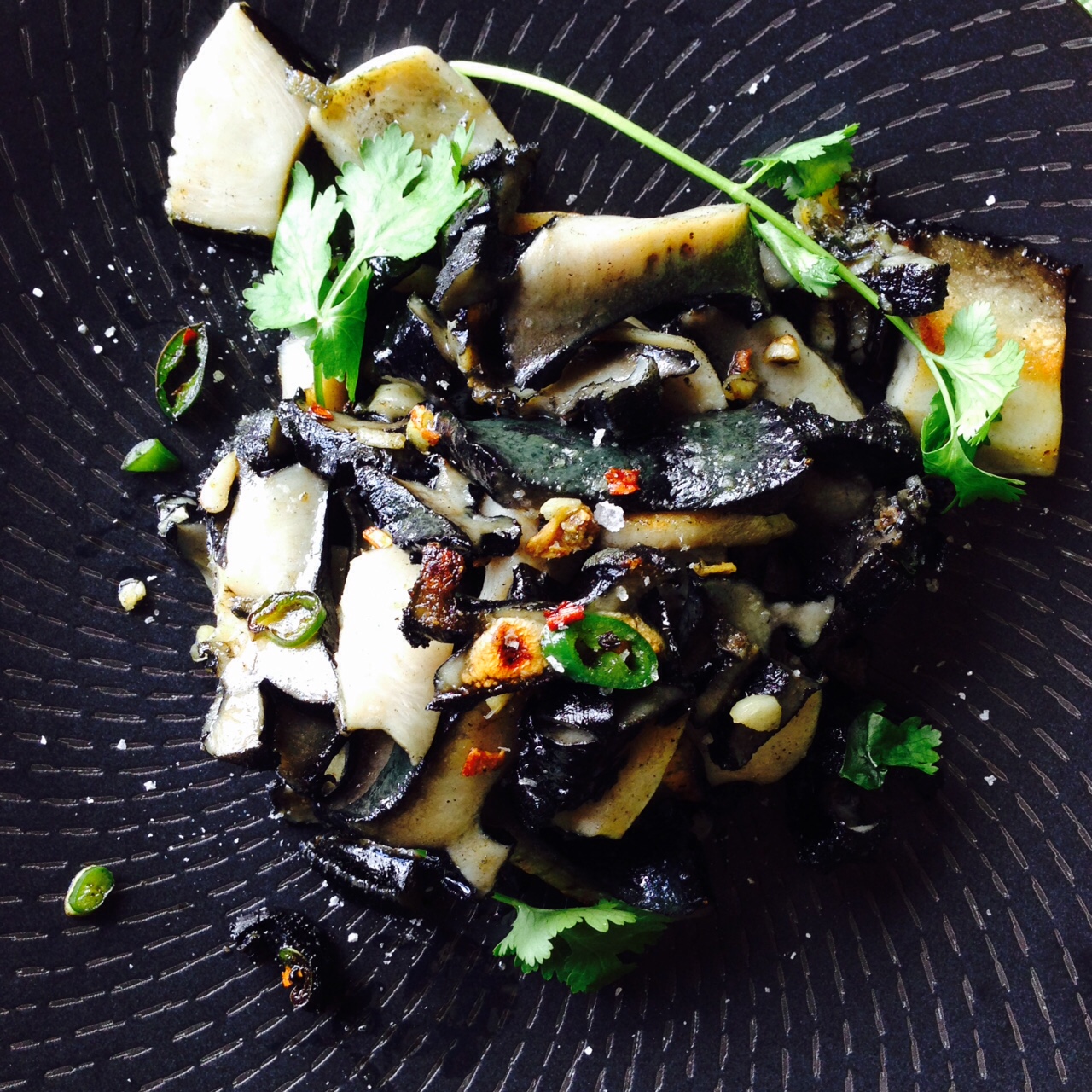 I can’t remember the last time I had fresh paua – it appears in dishes on restaurant menus sometimes but my sources tell me it’s usually squid, so I never order it. When I was 13 I remember a magical holiday with cousins in the Far North of New Zealand, where the crayfish and paua were in such abundance we begged to have sausages as a treat. If you happen to have excellent neighbours, or a source of paua, here’s a way to cook it. 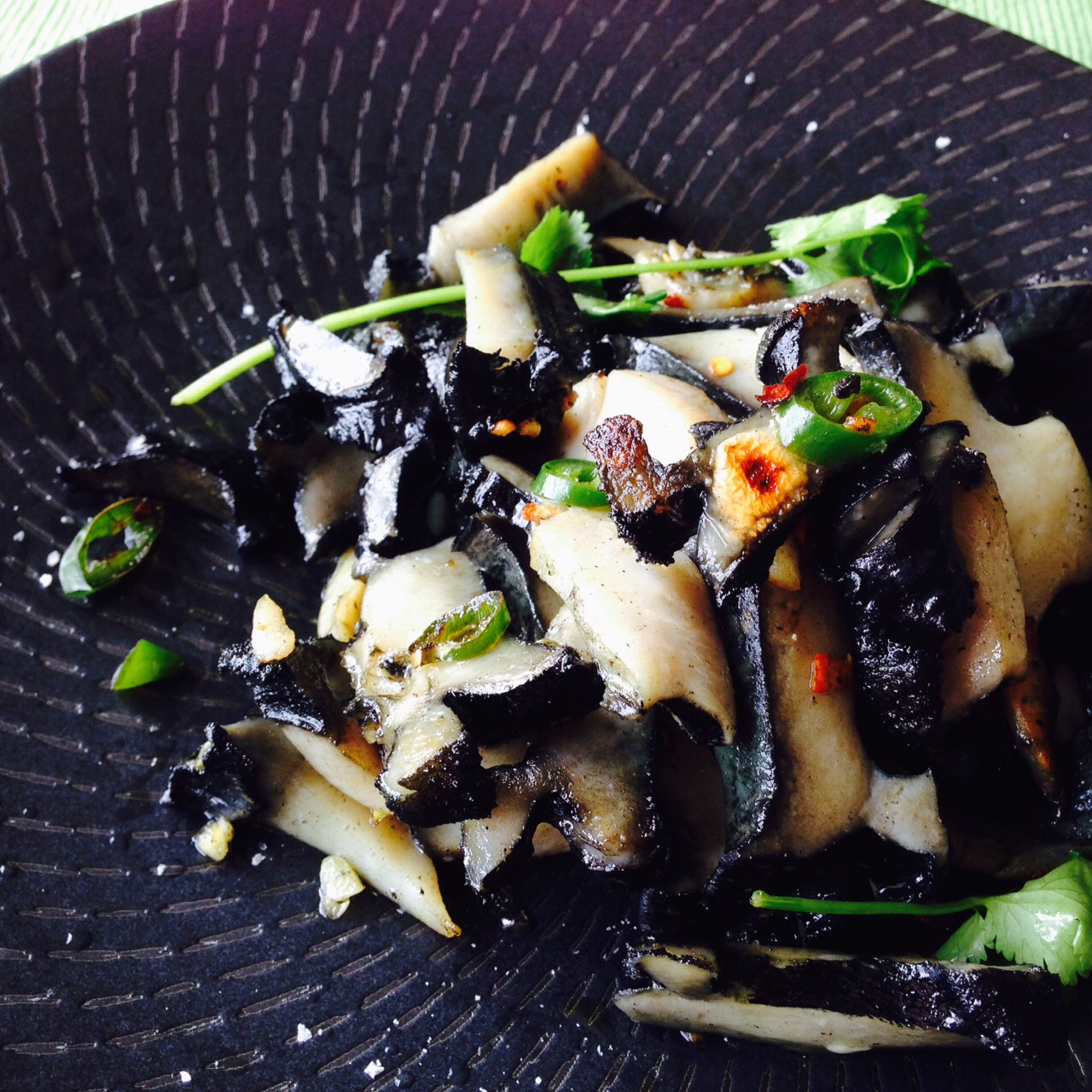 Paua with garlic, chilli, coriander and lime
Paua is notoriously tough – I remember my cousin beating it with a wine bottle to tenderise it – but my neighbour passed on the ‘boil it first’ method, which works well (and requires a lot less effort). Quantities here are very approximate – adjust to suit the amount of paua you have. If all else fails, do what the restaurants do and use squid instead.

Half-fill a pot with water and bring to the boil. Drop in the paua and cover the pot. Let the water come to the boil and simmer for three minutes. Drain immediately and slice the paua into thin strips.
Heat a couple of sloshes of olive oil in a large, heavy frying pan. Add a couple of cloves of garlic, sliced, some fresh chilli and a bunch of spring onions. Add the paua and cook, stirring frequently, for another couple of minutes.
Scoop onto a warm waiting plate, then squeeze over some fresh lime juice and strew with coriander. Eat immediately. 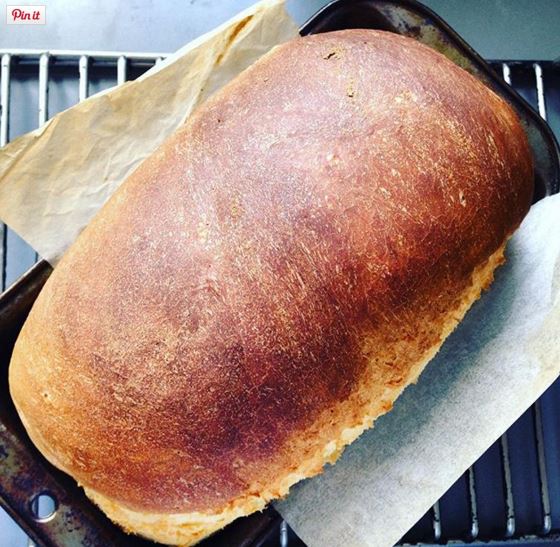 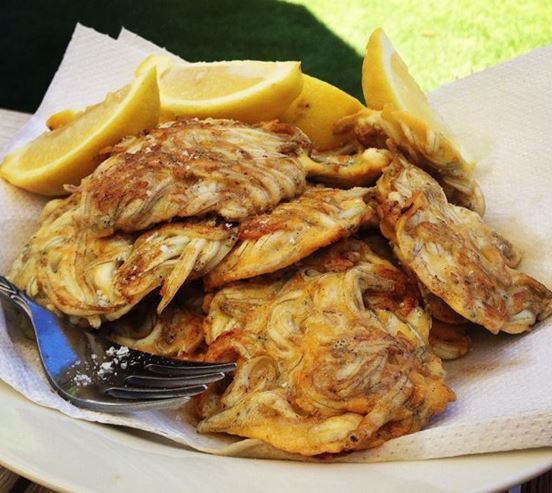 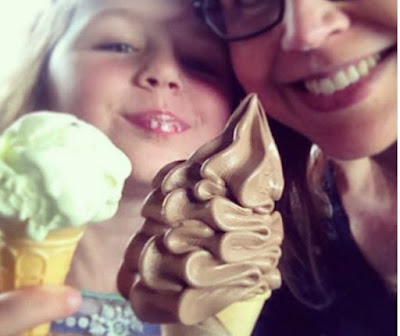 I’m not normally given to wandering down the cereals aisle of the supermarket, but I did feel a pang of nostalgia when homegrown brand Hubbards turned 25 about six weeks ago. A quarter of a century! Where did the time go?

I remember my mother being very fond of ‘Mr Hubbard’, who did then-unthinkable things like include a chatty newsletter in each box of muesli and engage with his customers. That was a pretty big deal in the pre-internet age, as was their attitude to social responsibility. Of course, the mueslis were pretty good too, not least because they featured utterly addictive YCRs (otherwise known as yoghurt-covered raisins). In later years I remember a friend saying he thought Hubbards should just make boxes of YCRs rather than families and flatmates fall out over who ate the last ones.

On a recent supermarket sweep I discovered that Hubbards now make all manner of new cereals over and above the old favourites (including a special 25th birthday one that contains chocolate and raspberries). It’s great to see them in such good health. Happy birthday, Hubbards. See you at 50. 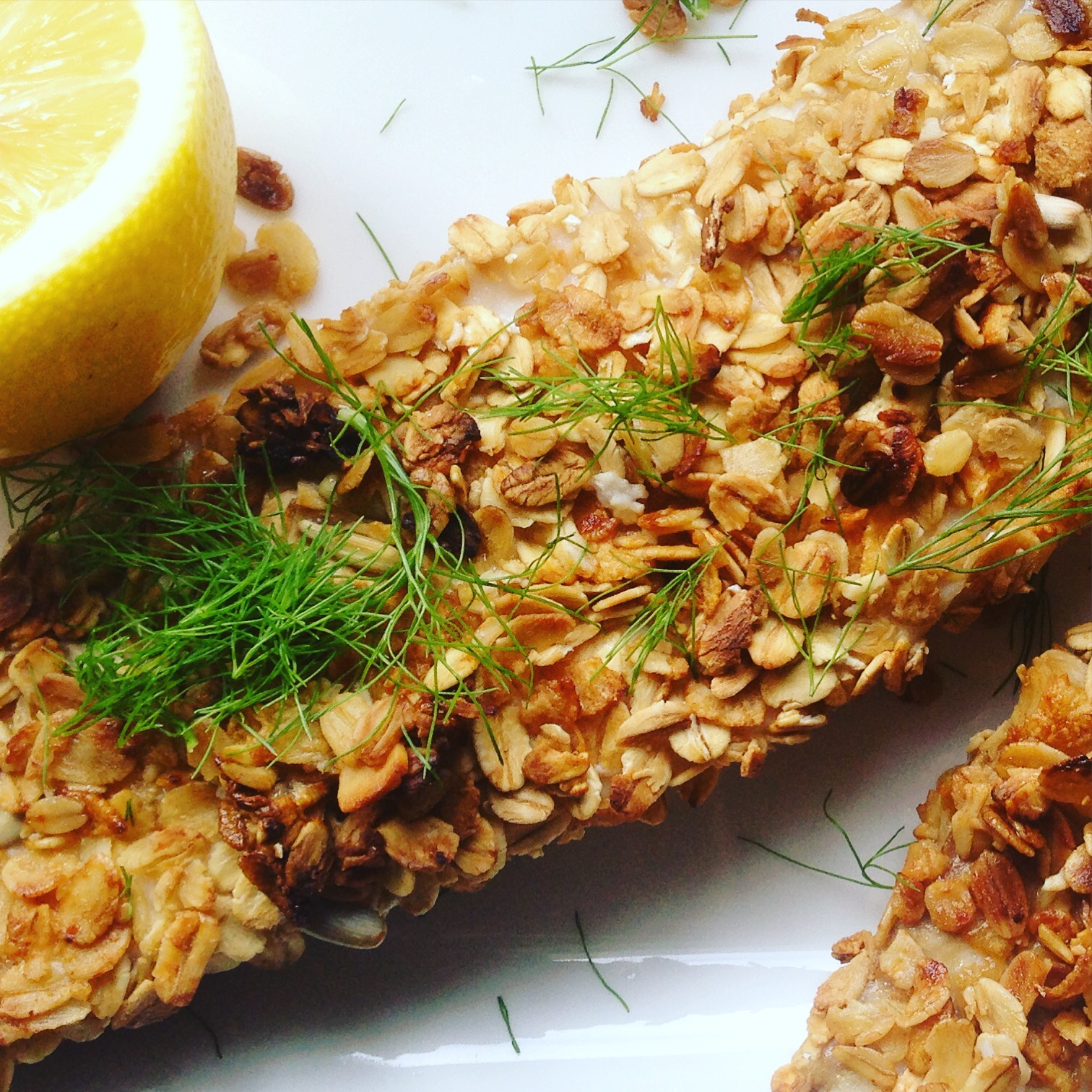 Fast oven-baked fish with a crunchy crust
The youngest member of our household is mad for what she calls ‘crumbled fish’ – that is, fish in a panko breadcrumb crust, fried in a pan. That’s all very well, but this is a faster, slightly healthier way to get the same crunchy kick. I used Hubbards’ Simply Toasted Muesli with nuts and seeds – I’d suggest opting for something similarly plain. This is one occasion where yoghurt-covered raisins are not the answer.

Heat the oven to 200C and line a baking dish with foil. Put the beaten egg in a shallow bowl and put the muesli in another shallow dish.
Dust the fish with cornflour, then dip each fillet into the egg mixture before coating it with the muesli. Repeat until all the fillets are coated.
Grease the foil with one tablespoon of the olive oil, and lay the fillets on top. Grind over some salt and pepper, then drizzle over the remaining oil.
Bake in the preheated oven for 5-10 minutes, depending on the thickness of the fish. Remember it will keep cooking a little after you take it out of the oven.
Serve immediately with lemons and fresh herbs. Serves four.