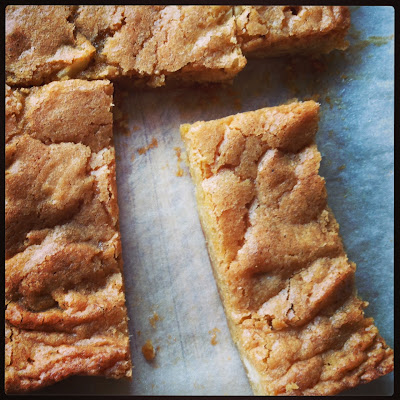 Regular readers of Belleau Kitchen will know that the proprietor, Dom, has been unwell recently. Rather than let a bout of illness put him off the boil, he’s gone and given this month’s Random Recipe challenge a ‘happy and healthy’ theme, extolling participants to rummage through their diet or health-related cookbooks in order to come up with something nourishing to share.
Given that I don’t own any diet books, unless you count Victoria Moore’s ‘How to Drink’ (a sort of guidebook for those who wish to pursue an alcoholic liquids diet), I instead turned to my latest find – a battered paperback called ‘Wild Blackberry Cobbler And Other Old-Fashioned Recipes‘ – that I found at a charity shop for 50 cents. This book, first published in 1985, has recipes from Greek and Roman times through to American dishes of the 18th and 19th centuries. It’s written by Katie Stewart, one-time ‘cookery editor’ of The Times and it’s a brilliant read.
I wasn’t sure a random flick through would turn up anything that Dom would consider ‘happy and healthy’, but I was wrong. According to Katie Stewart, the old Persian recipe from which this dish comes described it as “an excellent relish which both awakens and stimulates the appetite”. If that’s not happy and healthy, I’m not sure what is. 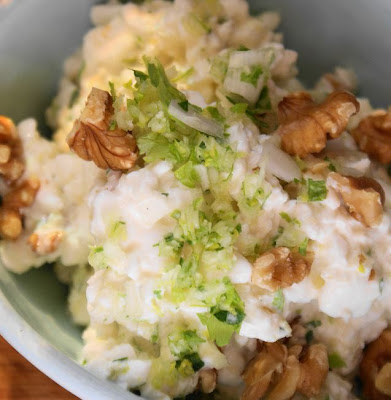 Shiraz bi buqal
You have to admit, ‘shiraz bi buqal’ sounds a bit more exotic than plain old ‘cottage cheese with fresh herbs’ – and whatever you might think of cottage cheese, it sounds more enticing than the ancient Persian equivalent of ‘coagulated milk’. It’s all in how you describe it, isn’t it? So this then, is a mix of fresh, onion-y leeks and celery, fragrant mint, crunchy nuts and soft curds. It’s good on a slice of hearty bread or with some decent crackers and perhaps a dried fig or two.

250g cottage cheese (the best sort you can get, and most emphatically NOT the ‘lite’ version
3 thick slices of the white part of a leek
a handful of celery leaves
6 mint leaves
1/4 tsp dry mustard powder
salt and pepper
12 walnut halves, roughly chopped

Finely chop the leek, celery leaves and mint leaves together – if you have a processor with a mini-bowl, now is one of the rare times it comes in handy. Stir into the cottage cheese with the mustard and salt and pepper. Pile this mixture into a small serving bowl and top with the walnuts. Serves two as a lunch accompaniment or four as part of a platter of delectable titbits.

“Any human being possessed of sufficient gumption to track down a source of fresh yeast – it isn’t all that rare – and collected enough to remember to buy at the same time a pound or two of plain flour, get it home, taking a mixing bowl and a measuring jug from the cupboard, and read a few simple instructions can make a decent loaf of bread.”

So wrote Elizabeth David in Queen magazine in 1968, railing against the dearth of ‘decent bread’ then available for sale in England. For the most part, I agree with her about breadmaking being simple and enjoyable – which was why I was so disappointed when her Potato Bread didn’t turn out so well. 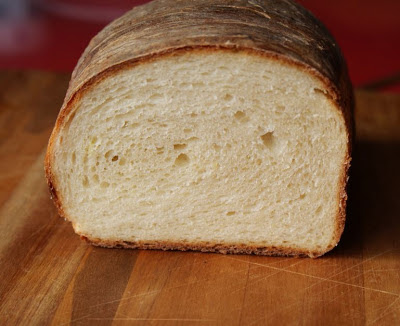 Bread is the theme for this month’s Random Recipes challenge and after a few off-piste experiments of my own lately (honestly, beetroot bread IS really good), I was thrilled to land on ‘At Elizabeth David’s Table’ when randomly selecting the recipe. This is a really beautiful book, compiled by Jill Norman (David’s long-time editor), a kind of Technicolour dreamcoat version of the original humble paperbacks.

However, I think the recipe for potato bread needs a little tweaking because it’s almost inedibly salty. (I’m sorry, Mrs David, but it is!) Being an obedient follower of both Elizabeth David and Dom of Belleau Kitchen, I stuck to the recipe very faithfully, but next time I’d halve the salt.

I won’t try to ape Elizabeth David’s inimitable recipe-writing style here, but here are the basics. She uses “a minimum of 20g salt” – I suggest 2 tsp is ample. Saltiness aside, it’s lovely bread.

Put the flour, yeast and salt in a large bowl (or the bowl of a freestanding mixer). Add the potato, rubbing it in as if it were butter. Alternatively, use the paddle attachment on your mixer. Add the warm milk and water and mix well, then, knead until soft and springy (or use the dough hook). Grease the bowl with a little oil, then return the dough to it. Cover with a teatowel and leave in a warm place to prove until nearly doubled (David says this will take ‘rather longer’ than usual, possibly because the salt is doing its best to slow down the yeast).
Knock the dough back and knead lightly, then shape and put into a well-greased 1.5 litre loaf tin. Cover again with a damp cloth and let rise until the dough reaches the top of the tin (about 30-40 minutes).
Bake at 220C for about 40 minutes, ‘taking care not to let the crust get too browned or hard’.

Are you an Elizabeth David fan? Which is your favourite of her books? 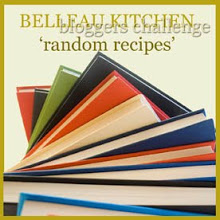 I’m always amused at the ways Dom of Belleau Kitchen comes up with to entice people into joining his Random Recipes challenge each month. For April he’s decided to enlist the help of an interactive ‘thingummydoodah’ to make the process simpler (because nothing is more tedious – or frightening – than counting your cookbooks, right?)

For once the gods of Random Recipes smiled upon me and the thingummydoodah chose Fiona Beckett’s Cheese Course. There are no prizes for guessing the focus of this lovely book, which looks at wine and cheese matching (or whisky and cheese matching, if that’s your thing), designing cheese boards and choosing cheeses for entertaining, along with a generous handful of recipes.

It’s not exactly spring in New Zealand at the moment (though it is unseasonably warm and it is definitely raining a lot) so I was really hopeful that the book would fall open at Fiona’s delicious macaroni cheese recipe (with crispy wafers of Parmesan scattered throughout so no one misses out on the crunchy bits). But as we eat a lot of feta, cucumber and olives in our house, landing on this recipe was surely a sign from the cheese gods.

Feta, cucumber and mint spring salad
Fiona says this recipe comes from London restaurant Ransome’s Dock, which in turn adapted it from a dish at Zuni Cafe in San Francisco. She’s given me her kind permission to reproduce it here. Don’t quote me on this but if you’re on Dr Michael Mosley’s 5:2 diet, it strikes me that this salad offers quite a lot of bang for your calorie buck.

To make the dressing, put all ingredients in a lidded jar and shake until well combined.
Cut the cucumbers in half lengthways and scoop out the seeds with the tip of a teaspoon. Slice lengthways, using a mandoline or vegetable peeler, until you have a pile of wafer-thin slices. Slice the radishes thinly on the diagonal.
Put the cucumber, radishes, mint and rocket in a bowl and toss together with the dressing. Add the feta and toss lightly again, then scatter over the olives. Divide the salad between two plates and serve with crusty bread. Serves two as a light lunch.

I do apologise for my absence this week. Is it just me or has someone put 2013 on fast-forward? One of my reasons for not blogging this week is that I haven’t cooked anything. Truly, I haven’t. Well, I’ve made porridge and toast, but that’s about the size of it. Thank heavens for my lovely husband. I’ll share one of the amazing things he made for dinner next week, if I can pry the recipe from him.

In the meantime, here’s something I didn’t cook yesterday. After last week’s chocolate fest (why cook proper meals when you can eat cold dog biscuits?) I have been craving something that doesn’t give me palpitations when I eat it. These tangy little balls are the answer. I’m making a double batch to take to work next week, because something tells me I’m going to need them. 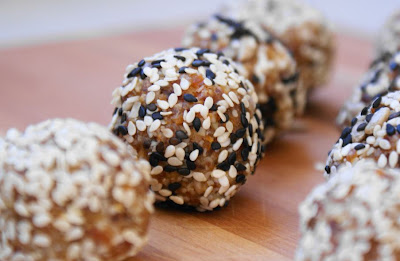 Apricot Energy Balls
I absolutely love these. I’m not sure where the recipe is from – the ingredients were written in shorthand, followed by ‘whiz’ (in longhand, it’s quite hard to work out otherwise) on a Post-It I found stuck to a phone bill. I figured the random nature of this find made it just the ticket for March’s Random Recipes challenge (about which you can read more here). Having eaten quite a few of these in the last day or so I think good quality apricots are essential. You need really tangy, flavoursome ones or there’s no point.

Put everything, except the extra seeds, in a food processor and whiz until it is a slightly crumbly paste that sticks together when you press it with your fingers.
Roll large teaspoonfuls into balls, then roll them in the seeds to coat. Store in the fridge in a covered container. Makes about 20.