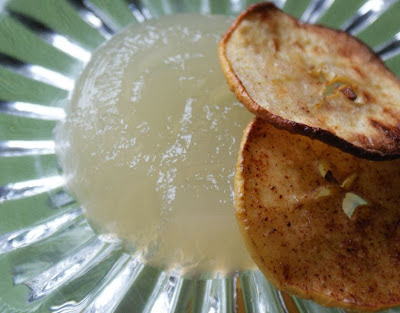 As a child, I could never work out why adults were so horrified at children eating jelly crystals. As a (helicopter) parent, I now realise why. This, however, is something different altogether. A wibbly-wobbly jelly containing 100 per cent pure Wairarapa apple juice and a dash of gelatine, with some crunchy apple crisps. It’s good fun to eat and reasonably good for you, whatever your age.

I’m not about to wade into the murky waters of comparing gelatine powder to sheets – there’s good advice here for that. I used powder because it’s what I had in the cupboard, but sheets are generally thought to be superior. The apple crisps are just a bit of fun. Like the jelly they require minimal prep and attention, which is always a good thing.

Measure 125ml of apple juice into a small saucepan and heat until it starts to bubble. Sprinkle the gelatine over the top and whisk briskly to dissolve it. When you’re absolutely sure all the grains have disappeared, stir in the remaining juice. Pour into four ramekins and put in the fridge to set (about four hours, minimum).

For the apple crisps, cut a tart eating apple into wafer-thin slices. Line a baking tray with nonstick paper and put the slices on top. Sift about 1/8 cup icing sugar and 1/2 tsp cinnamon on top (turn the slices over so they’ve got a dusting of this mixture on both sides). Bake at about 150C for 30 minutes or so, until they are crisp. Remove to a rack to cool.

Have a great weekend everyone. 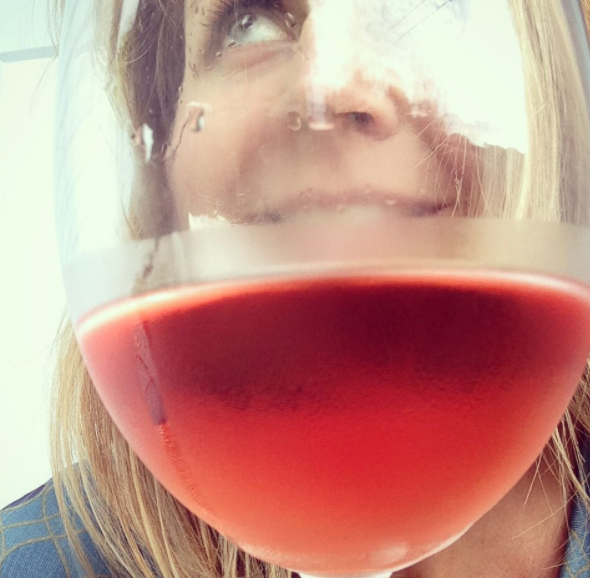