A note to Antipodean readers before we begin: I’m sorry if you were enticed here by the ‘Moro Soup’ heading. This is not a post about turning the iconic chocolate bar, apparently beloved by triathletes (if you believe the ad campaigns), into a soup. Stop reading now before you get disappointed.

For everyone else, the real title should be ‘Hassan’s celery and white bean soup with tomato and caraway’. It’s from Moro East, the lovely book by Sam and Sam Clark of Moro restaurant fame about their East End allotment, with recipes from fellow allotment holders interspersed with their own creations. It’s particularly poignant now as the allotment has been bulldozed in the name of the 2012 London Olympics. Perhaps athletes do exist on chocolate bars after all. 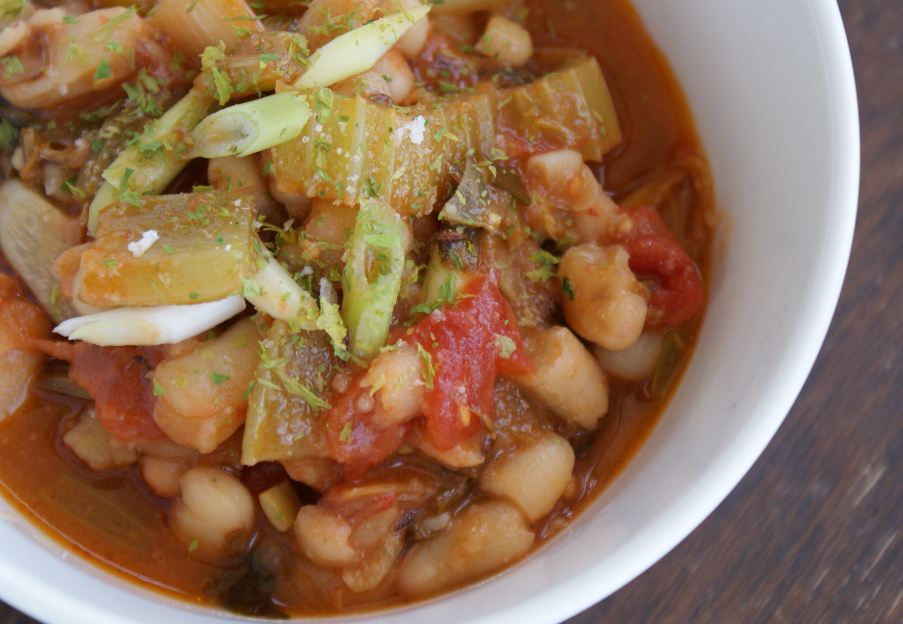 Hassan’s celery and white bean soup with tomato and caraway
The book was my choice for Random Recipes #10, brought to you by Belleau Kitchen AND Jac of Tinned Tomatoes, who hosts a monthly soup challenge called No Croutons Required. Not only does this deliciously rustic soup fit the NCR vegetarian criteria, but it just happened to use the huge bunch of celery and masses of spring onions in my fridge. I took a few shortcuts along the way – I used two tins of cannellini beans rather than soaking and cooking my own, plus I used a tin of tomatoes rather than “500g of flavoursome fresh tomatoes”, as the latter are pretty thin on the ground here at present.
However I faithfully followed the recipe for DIY celery salt, which is completely addictive. Even if you’re not in the mood for soup, you’ve got to try this.

Heat six tablespoons of the olive oil in a large saucepan and add the celery. Cook for 10 minutes, stirring often, then add the spring onions, garlic, caraway and a pinch of salt. Cook for another 10-15 minutes, stirring occasionally, until the vegetables are soft and beginning to caramelise. Add the tomatoes and celery salt and cook for a further five minutes.
Add the beans and either 250ml of their cooking liquid or water, plus the remaining four tablespoons of olive oil. Bring to a simmer, season to taste with salt and pepper, and cook for another five minutes. Check the seasoning and serve with a drizzle of olive oil, a squeeze of lemon juice and a sprinkle of celery salt. Rocket, spring onions, black olives and Turkish bread are suggested accompaniments. Makes enough for four. 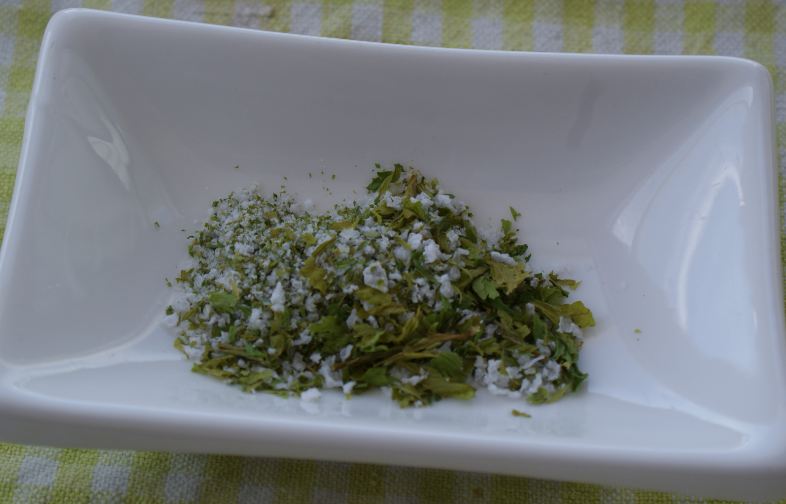 DIY Celery Salt
Take a handful of green celery leaves and put them on a baking tray. Dry them in a low-medium oven until completely dry but not scorched (takes about 10 minutes). Crumble to a powder with your fingers, then mix with equal parts of flaky (eg Marlborough or Maldon) salt.