If you grew up in New Zealand in the 1970s and 1980s, there’s a good chance this pudding will be instantly recognisable. If not, it’s high time you got acquainted. 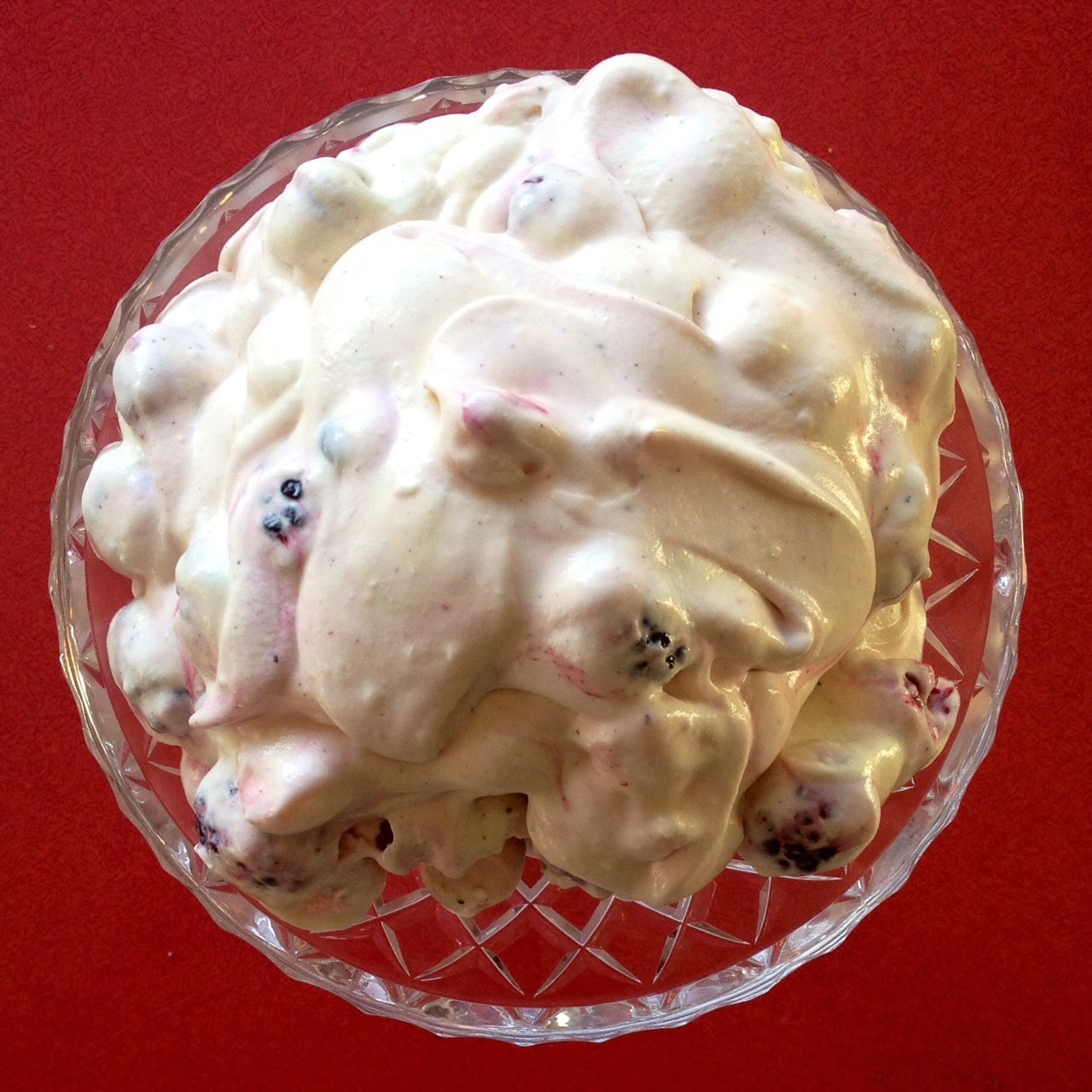 This is ambrosia, food of the gods. I remember it sweeping through parties and social occasions of my childhood like a tidal wave of cream, fruit and pineapple lumps. My mother never made it, which gave it extra cachet. To my 10-year-old self, ambrosia was just about the most glamorous pudding ever invented. 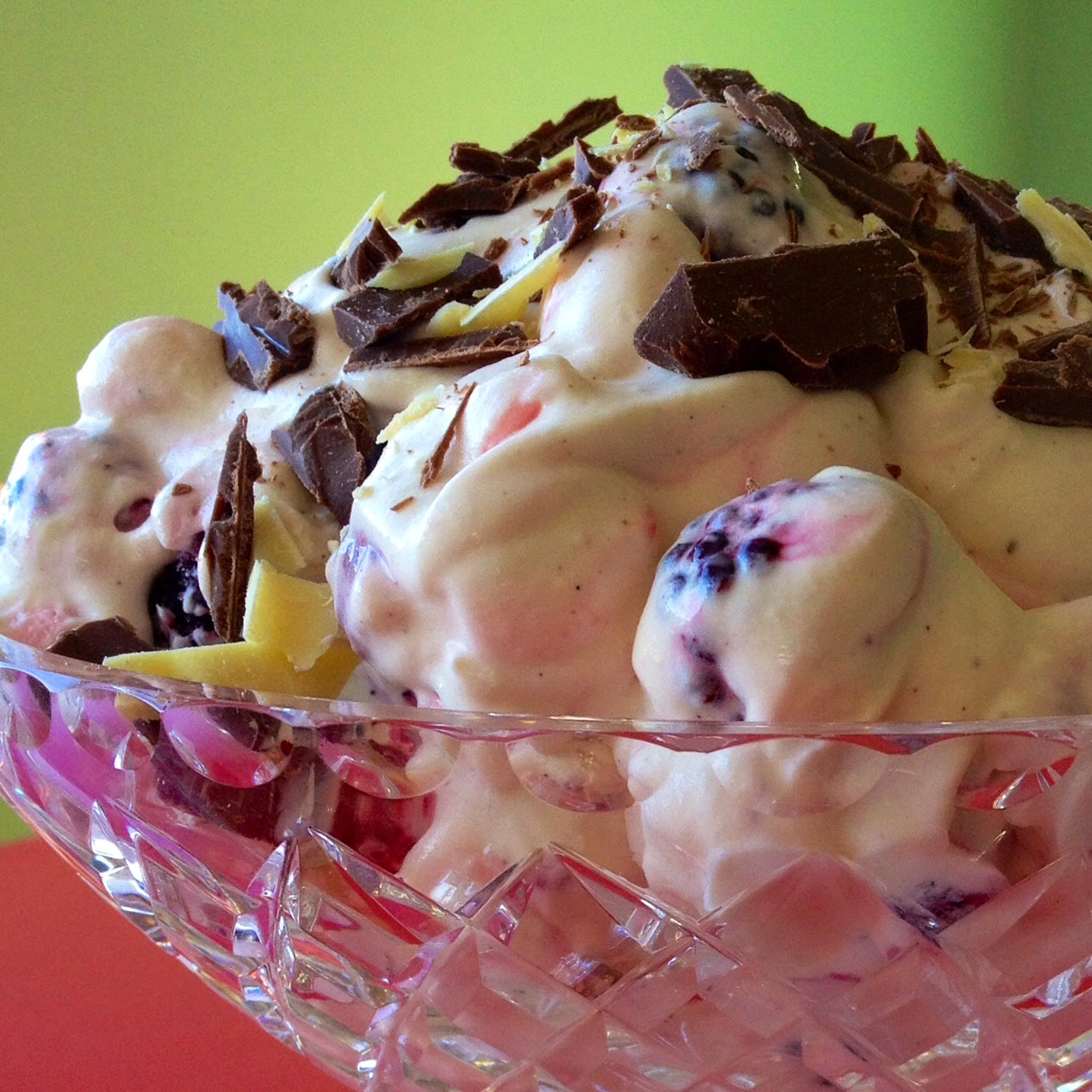 Thirty years later, I can vouch for many of its attributes. The mixture of cream and yoghurt is still tangy and rich, and it’s great fun anticipating the surprise in each mouthful – will it be a marshmallow or a juicy berry? I doubt it’s the food of the modern gods, given its extremely calorific ingredients, but it still makes a great pudding (or a very illicit breakfast). 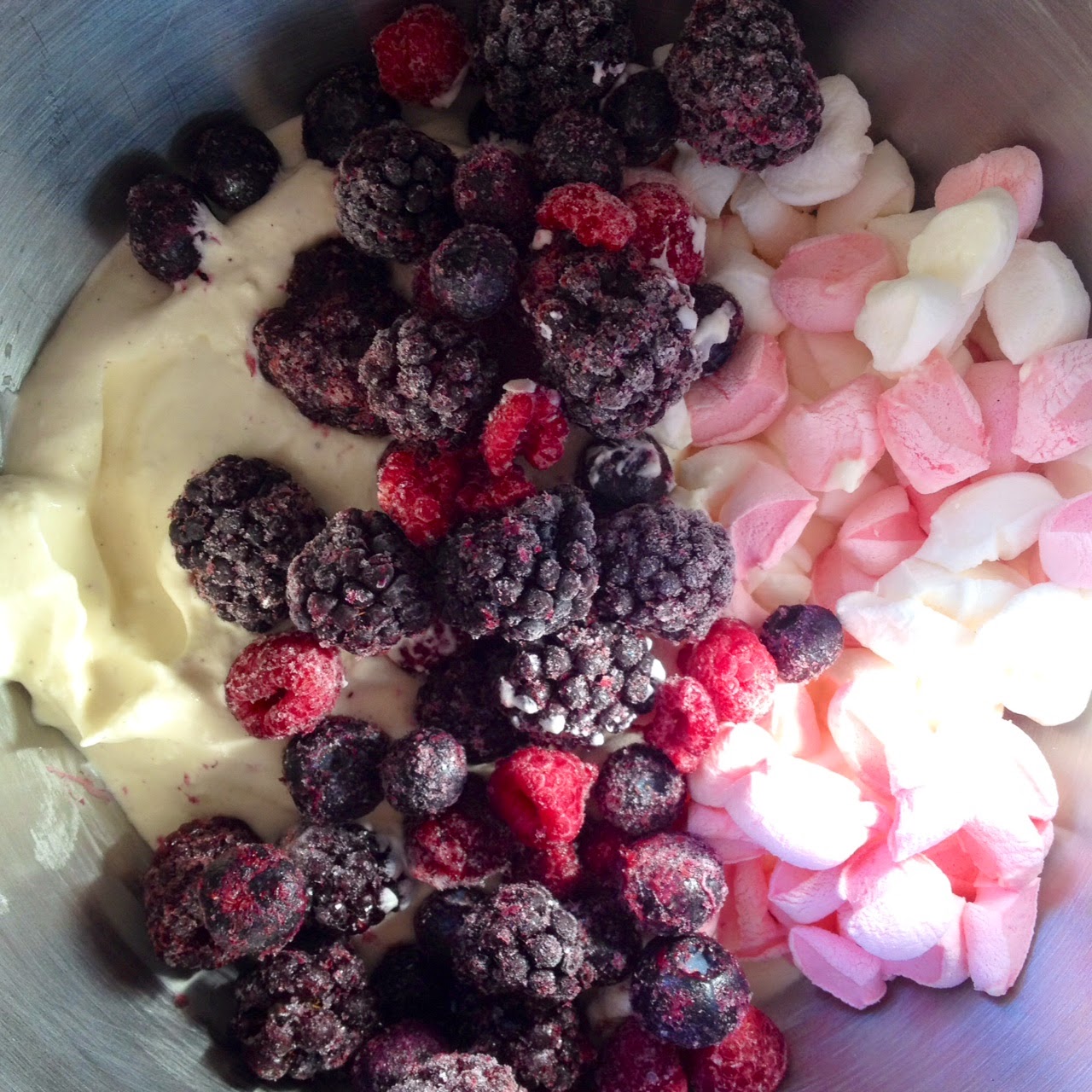 The great thing about ambrosia is that it doesn’t require any fancy ingredients, can be made for an intimate dinner for two or a feeding frenzy for 20 and it appeals to just about everyone. Children adore it and adults, though they pretend they are too grown up to eat marshmallows, will dig into the bowl as soon as your back is turned. It’s sort of an Antipodean Eton Mess, which makes it the perfect entry for this month’s Sweet New Zealand blogging challenge. This month my lovely friends Michelle and Anna of Munch Cooking are playing host and they’ve given it a Wellington theme to celebrate Wellington On a Plate. It’s also a fitting entry for the August edition of We Should Cocoa, in which guest host Rebecca of BakeNQuilt has chosen marshmallows as the special guest ingredient.

Whip the cream until it forms soft peaks. Stir through the yoghurt and vanilla, then fold through the berries, marshmallows and chocolate (reserve a little of the chocolate to sprinkle on top). Cover and chill for at least 30 minutes before serving. I think it’s best the day it’s made, unless you’re eating it sneakily for breakfast the morning after. Serves 4-6.