You know how I said I was ok about not having a Martha Stewart Christmas? Well, I was, and then I pulled out the tattered and torn copy of Martha Stewart Kids magazine that a friend had given me as a joke (we agreed at the time that such mags were to make working mothers feel even more guilty and inadequate) – and it fell open at the gingerbread men page. I’ve always wanted to make edible Christmas tree decorations and with so many other projects now fallen by the wayside, this seemed the most achieveable. 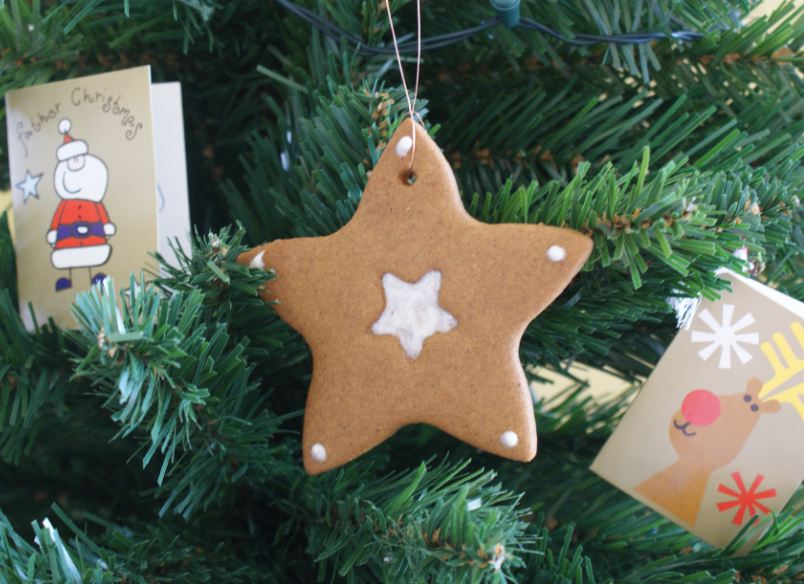 MARTHA’S GINGERBREAD
You’ve got to hand it to Martha, this is a great recipe. Easy and quick to make in a freestanding mixer, a dream to roll out (especially if you roll the dough out between two sheets of cling film) and tasty to boot. The biscuits aren’t rock hard and get softer while they hang on the tree – but at this late stage I don’t think that’s a problem. Next year the Small Girl might be big enough to help, but this year her contribution has been limited to consuming them. “Mmmmm, cracker, nice,” she said, reaching a pyjama-clad arm up to grab a star off a branch. You can’t get much better endorsement than that.

225g soft butter
1 cup firmly packed dark-brown sugar
1 large egg
1/2 cup molasses
2 1/4tsp ground cinnamon
2tsp ground ginger
1tsp ground allspice
1tsp baking soda
1/4tsp salt
4 cups plain flour
In a large bowl, beat butter and sugar on high speed until light and fluffy, about five minutes. Add egg; mix well. Beat in molasses, cinnamon, ginger, allspice, baking soda, and salt. On low speed, add flour a cup at a time, mixing until incorporated.
Divide dough into quarters; shape into disks, and wrap into plastic. Refrigerate until firm, but not rock-hard.
Preheat oven to 180C. Roll the dough out between two sheets of clingfilm until about 3mm thick. Cut out cookies, rolling out any scraps as needed. Transfer to baking paper-lined trays, leaving a little space between them for spreading, then put them in the fridge for 20 minutes before baking.
Bake for about 10 minutes, until firm when touched. Let cool slightly, then transfer to wire racks and let cool completely. Decorate as desired (I recommend the ‘writing icing’ tubes you can buy at the supermarket – makes artistic flourishes really easy!). 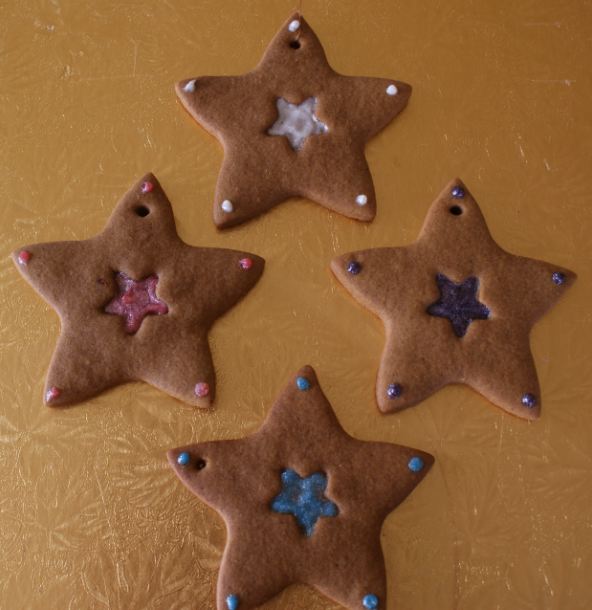