My BFF has a new boyfriend. It’s been a slow-burning thing that we have been watching from a discreet distance for some time, but last weekend they came over for dinner. I practically had to sign an affadavit first, promising the Boy Wonder and I would be on our best behaviour and not embarrass her, so we were more than a little nervous before they turned up. I cooked skate wings in browned butter; there was some sort of salad and polite conversation – I felt very middle-aged thinking of how it used to be in the olden days when we met boys we liked. I did take the precaution of making a showstopper pudding, just in case I needed to atone for any previous faux pas. It did the trick nicely; I think they’ll be back. 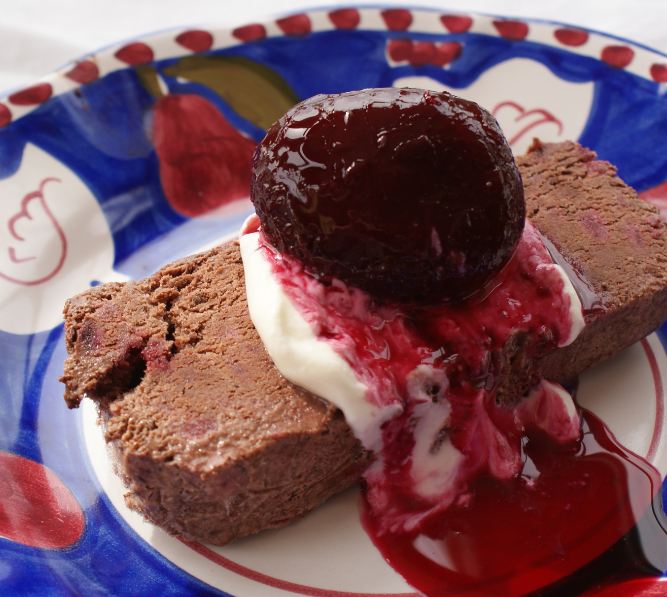 Lest there be any confusion, Parfait Amour is the name of a purple liqueur with some sort of curacao base. It looks like methylated spirits; I’ve never been tempted to drink it. This pudding, on the other hand, proved irresistible. I used tinned Black Doris plums, but suspect pureed berries would be equally good. You might have to sieve them first though – seeds in your teeth aren’t very seductive.

Beat the cream until soft peaks form, then fold in the pureed fruit and melted chocolate. Set aside.

In another bowl, beat the eggs and sugar together until pale and thick (this is easiest with electric beaters, unless you have forearms of steel). Fold this mixture into the cream very gently.

Line the bottom and sides of a loaf tin with clingfilm – be sure to smooth out any creases – then pour in the parfait mixture. Cover with more clingfilm and put in the freezer to set for at least four hours.

Take out of the freezer 5-10 minutes before you are ready to serve and turn it out onto a pretty plate. Cut into slices and serve with extra plums or berries and whipped cream. Serves 8.

Have a sweet, sweet weekend everyone. It’s officially Spring in the southern hemisphere now, hurrah! This post is my entry in a new blogging event, Sweet New Zealand, organised by Alessandra Zecchini and hosted this month by Alison at PeasePudding. 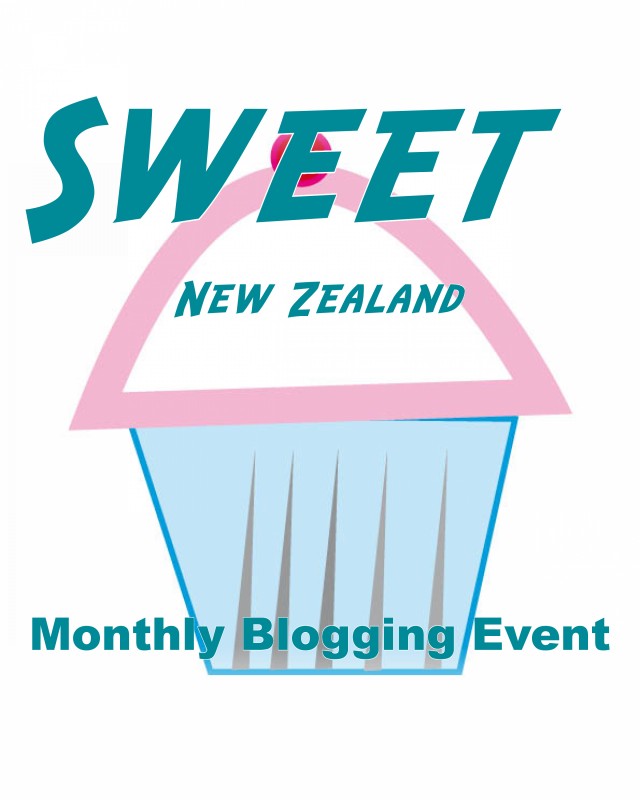