You know how when you’re a kid you go through a stage of wondering if you’re really a princess and hoping that your real parents will turn up? I know that wasn’t just me, because a few years ago I interviewed a couple who were convinced they were Russian royalty and they had told their nine-year-old daughter that her real name was really Princess Anastasia or something. Nevermind that the poor kid was getting bullied mercilessly at school because of it, her parents were too busy waiting for the gold ingots to turn up in the post to notice.
But I digress. Lately I’ve been wondering if my life would have turned out different if I had a Mexican grandmother. Daniella Germain does and she’s written My Abuela’s Table – a really beautiful book of said grandmother’s recipes.
My copy of this book happens to be in the middle of the middle shelf of cookbooks, so I chose the middle recipe from it for June’s Random Recipes. 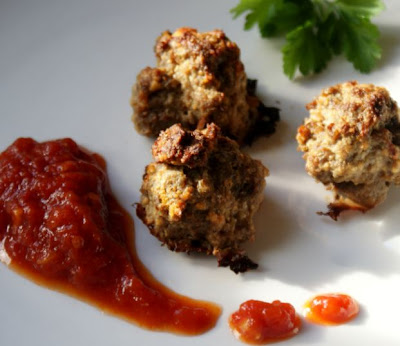 Albondigas
Forgive me, but I didn’t exactly follow the recipe in My Abuela’s Kitchen, not least because it has ‘2 chicken cubes’ listed in the ingredients. I don’t put chicken stock cubes in anything, so I’m not about to start crumbling them into meatballs. Perhaps it’s not so cool to have a Mexican grandmother after all. Here’s my version of Daniella’ Germain’s grandmother’s meatballs in chipotle sauce. She cooks the meatballs in the sauce, but I baked mine in the oven and served the sauce separately. This serves four.

Chipotle-tomato sauce
Make the sauce first and let it simmer away on the stove while you prepare the meatballs.

Heat the olive oil in a large saucepan, then gently saute the onion and garlic until golden. Tip in the tomatoes and chipotle peppers. Bring to the boil, then turn the heat down and let simmer gently for at least 30-40 minutes. Stir occasionally, squishing the tomatoes against the side of the pan, until the sauce is dark and thick.

Preheat the oven to 180C and line a large baking tray with nonstick paper.
Put the breadcrumbs in a large bowl and pour over a splash of milk to moisten them. Add all the other ingredients and mix lightly with your hands. Roll the mixture into small balls and place on the prepared tray. Bake for 20-30 minutes, until they are crispy on the outside and cooked through. Give the tray a shake halfway through cooking to turn them over. Serve with a pool of chipotle-tomato sauce. 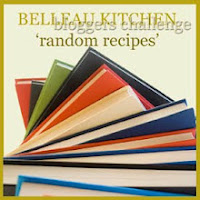